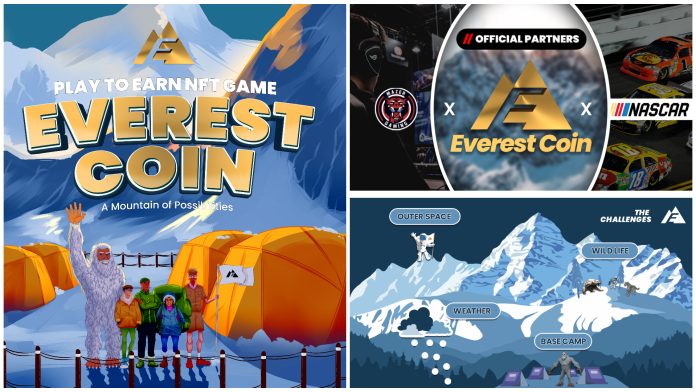 Everest Coin is a cryptocurrency launched on the Binance Smart Chain network. It is a new project launched last October 21 and has experienced huge growth in market capitalization from $40,000 to $6,000,000.

The project will be the biggest cryptocurrency project launched on the Binance Smart Chain network which features a play-to-earn game and a weekly lottery which rewards users $1,000. It will be the next big thing in the Philippines most especially, with the rise of play-to-earn games, Everest coin is a cryptocurrency project users would not want to miss! The game is currently in the works and in a few months, a game teaser will be released!

Aside from these, the project also aims to contribute to the well-being of the Himalayans and Nepal, home of the magnificent Mount Everest, where they took their inspiration from, through charity.

The project has been featured in Forbes, Yahoo Finance, Business Insider, IBTimes. We are also partnered with Mazer Gaming and two NASCAR drivers! Marketing all over the world is currently being done and we are planning to market hard in the Philippines. We will be contending with Axie Infinity and become the next big thing in NFT play-to-earn gaming!