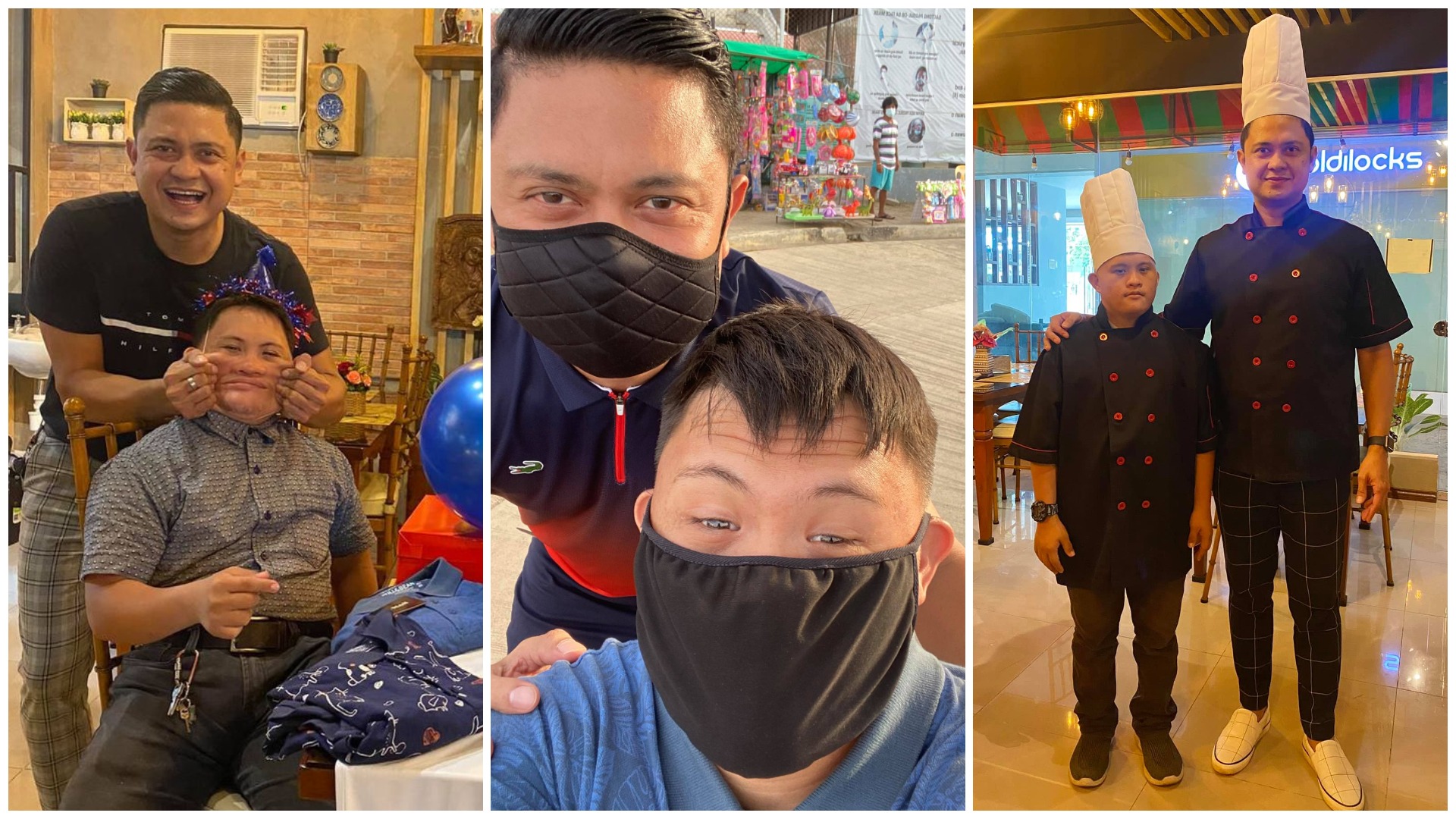 Friendships are those unique and special relationships we form as we go through life.

All the way to Cebu south, we discovered an interesting and heartwarming story of two friends, Mr. Jay-R and Lalay. Their adorable friendship will surely touch your hearts and give you a different perspective about friendships and people with special needs.

This is just one example of some of the cutest exchange between Mr. Jay-R and Lalay. Their chat box is a mess and linguistically impossible to understand which is what makes it more fun.

Klay Geraldizo, or popularly known as Lalay, 21, met Mr. Jay-R dela Calzada when the latter was constructing the 2nd branch of his restaurant in Naga City, Cebu. Lalay often goes to that area and helps out in cleaning and assisting other food stores nearby. When the store finally opened, he did the same thing he always does. Noticing Lalay, Mr. Jay-R offered him food which was then followed by an everyday occurrence in the restaurant, helping out and welcoming customers.

Meeting and interacting everyday then made the friendship grow.

Hailing from Naga, Mr. Lalay has a Down syndrome (DS) but is so mischievous and playful that making fun of each other was a common occurrence for them.

Knowing full well of his condition, Mr. Jay-R believes that treating him like everything is normal is the best thing to do. Though he also points out that he is very patient with him and makes it a priority to always listen to him.

“Even when he chats and I can’t understand a single word, I will still reply just to let him know that I am listening and I am reading all his messages.”-Jay-R

As all friendships do, they have their favorite things to do like doing Tiktok dances, eating out and visiting food establishments. They also post some of their funny everyday interactions like random video-calls, videoke, eating out, and driving around or according to sir Jay-R, him being Lalay’s personal driver.

When time came when Lalay cried so hard, Mr. Jay-R turned to a friend who used to teach people with special needs or with down syndrome for guidance. His friend explained that people with Down Syndrome are kind in nature and are very emotional and has even praised Lalay as high-functioning and teachable because he can differentiate jokes.

When asked what he wants to share to the readers:

“I just really think individuals with Down Syndrome needs to be treated just like us. I know they want and they deserve to be valued just like normal people. They deserve our utmost respect, love and affection. So to all of you, when you see Lalay or anyone with DS. A tight hug for Lalay will mean the world to him.”

Being there for each other, understanding each other, and just loving them for who and what they are, those are the purest of friendships. And if you ever have one, cherish it.