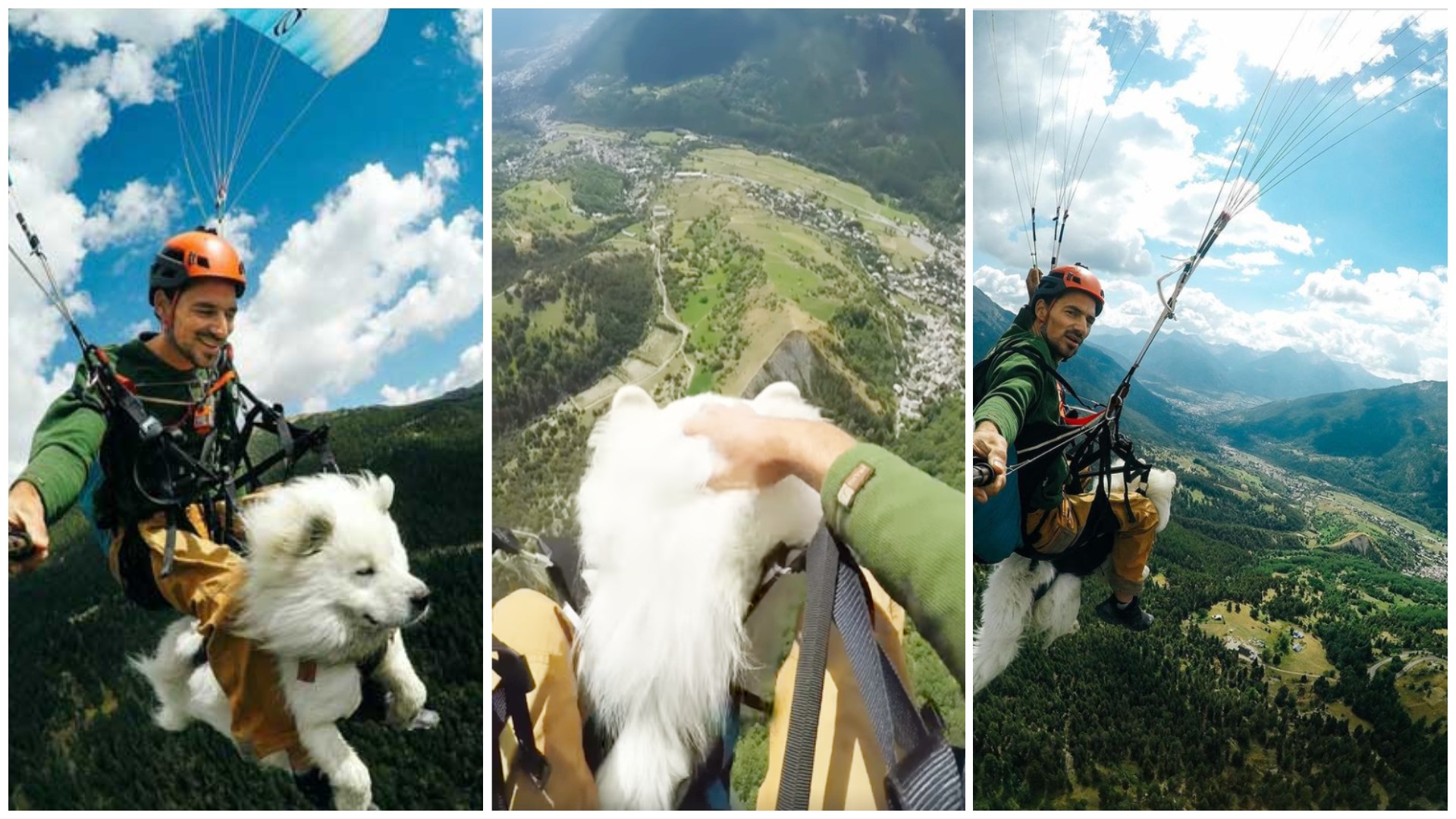 I don’t know about all the relationship reveals out there but this dog is living my dreams.

Paragliding, Ouka, a samoyed, went paragliding over a famous mountain pass in France, Col du Granon. And if that doesn’t make us jealous and our heart warm, he went with his best friend, adventure film director Shams.

They took the internet by storm with a very adorable video of the brave dog clearly having the time of his life, gliding through the air with his wind-blown fluffy white coat and a happy dog grin. Samoyeds are originally herding dogs related to the laika, a spitz-type dog and takes its name from the Samoyedic peoples of Siberia.

We all know paragliding is not a sport for the faint-hearted but Ouka rode it like a champ clearly trusting his owner who patted him from time-to-time to check up on him while taking in the picturesque view.

Shams is a paragliding enthusiast so rest assured their flight together was well prepared and safe with both owner and dog training for a month and a full-on harness attached. He is even planning to get a customized harness made for his pet.

The relationship and bond between dog and owner must be pretty strong to have this unconditional trust required for the dog to try this adventure sport.

The three-year-old canine was adopted by the filmmaker, in late June this year, from a local animal shelter. As the dog was not really educated, Shams took the time and effort to take a dog education course to give Ouka the best life. Ouka have been changing the life of his owner as well to a life of smiles since then.

With the music of Limahl’s ‘Never Ending Story’, their cute friendship and thrill-seeking souls clearly shines from the video which makes us believe that this is only the beginning of many more paragliding trips.