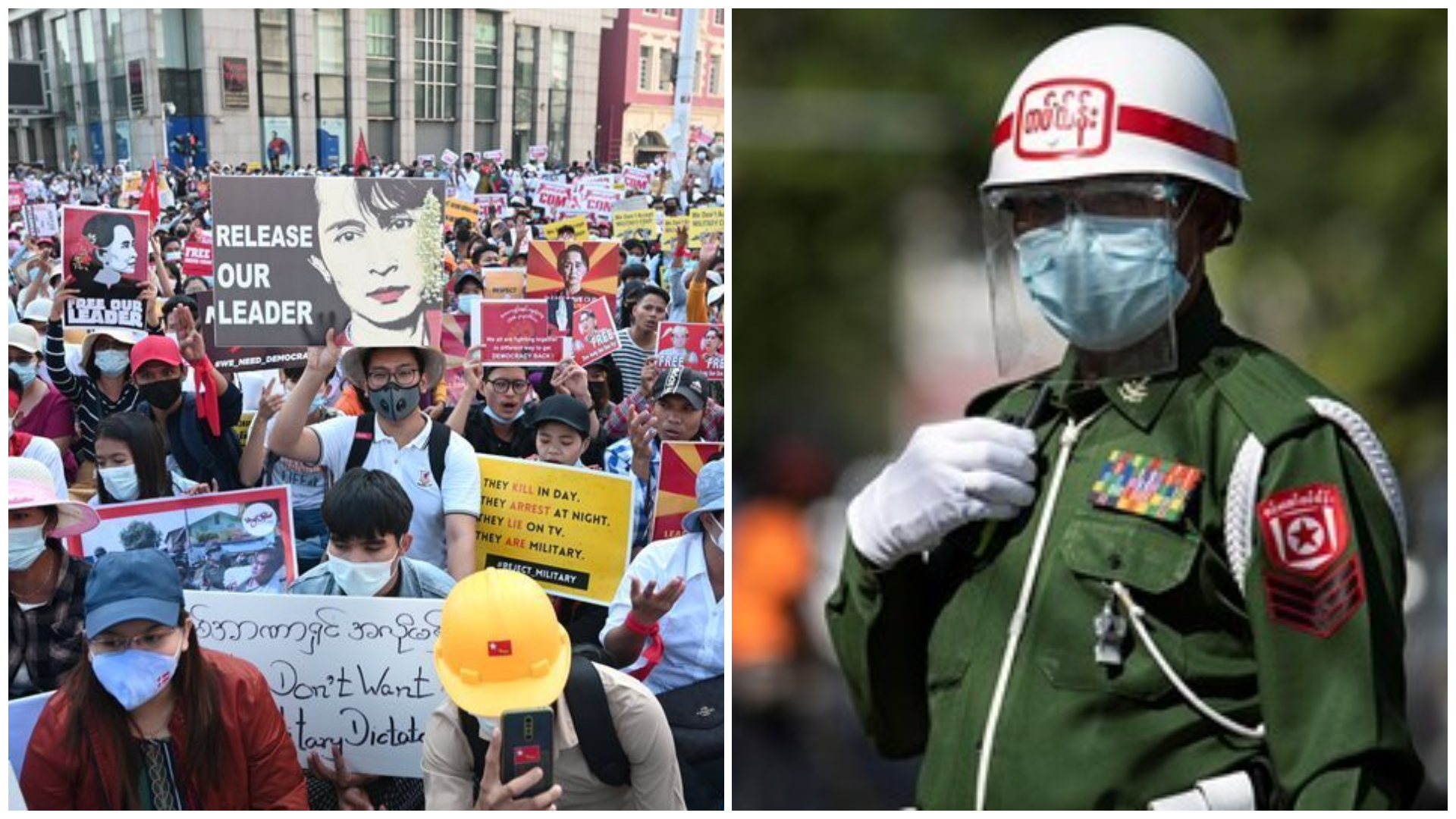 Coup D’état: What It Is & Why It’s Happening in Myanmar

On February 1 this year, Myanmar took the world by storm and confusion as its military held a coup d’état, effectively redefining Myanmar’s government for the foreseeable future.

The country’s leader, Aung San Suu Kyi, and other members of the National League of Democracy were detained and replaced with a new body. After the coup d’état, the commander-in-chief of the military Min Aung Hlaing has taken in the reigns of control and the power has been transferred to him.

However, a coup d’état seems like a thing in the past since our current society is more civilized now. What exactly is it and why is it happening in Myanmar now?

What is a coup d’état?

While the word might seem fancy, it actually is pretty simple to understand. First off, the word is a French word meaning “blow of state”. A coup d’état, also shortened as a coup, is the act of removing an existing government and replacing it with a new one.

A coup is done illegally and is an act of unconstitutional seizure of power by a political faction, the military, or a dictator.

Here is a simple example: the majority of a high school classroom has voted a nerd named Jeffrey to be your class president. Jeffrey has become class president because his classmates want him to be one. However, a group of bullies led by a student named Doggie threatens everyone that Doggie should be the class president. When successful, Doggie has overthrown Jeffrey as the class president without the need for votes and is considered an unconstitutional seizure of power.

In the same way albeit much larger, this is what’s happening in Myanmar.

What happened in Myanmar?

Myanmar actually has another name, which is Burma, and Burma has been ruled by the military from 1962 to 2011. Then, a new government stepped in to bring democratic rule to the country. In 2020, The de facto leader of Myanmar Aung San Suu Kyi had won the general election on November 8. The military’s party lost and claimed that the votes were fraudulent.

Now, before the first parliament since the election were to start and approve the next government, the military enacted a coup and seized control. This means that the next government has not been set in stone yet and not approved. The coup d’état which happened in the early morning of February 1 had effectively overthrown the current government and has now declared a year-long state of emergency.

Why is it happening now?

The military has done this because they think elections was a fraud and that the Aung San Suu Kyi does not deserve to be the leader.

Now, communication has been cut off from Myanmar. Hopefully, no blood will be spilled in the foreseeable future.