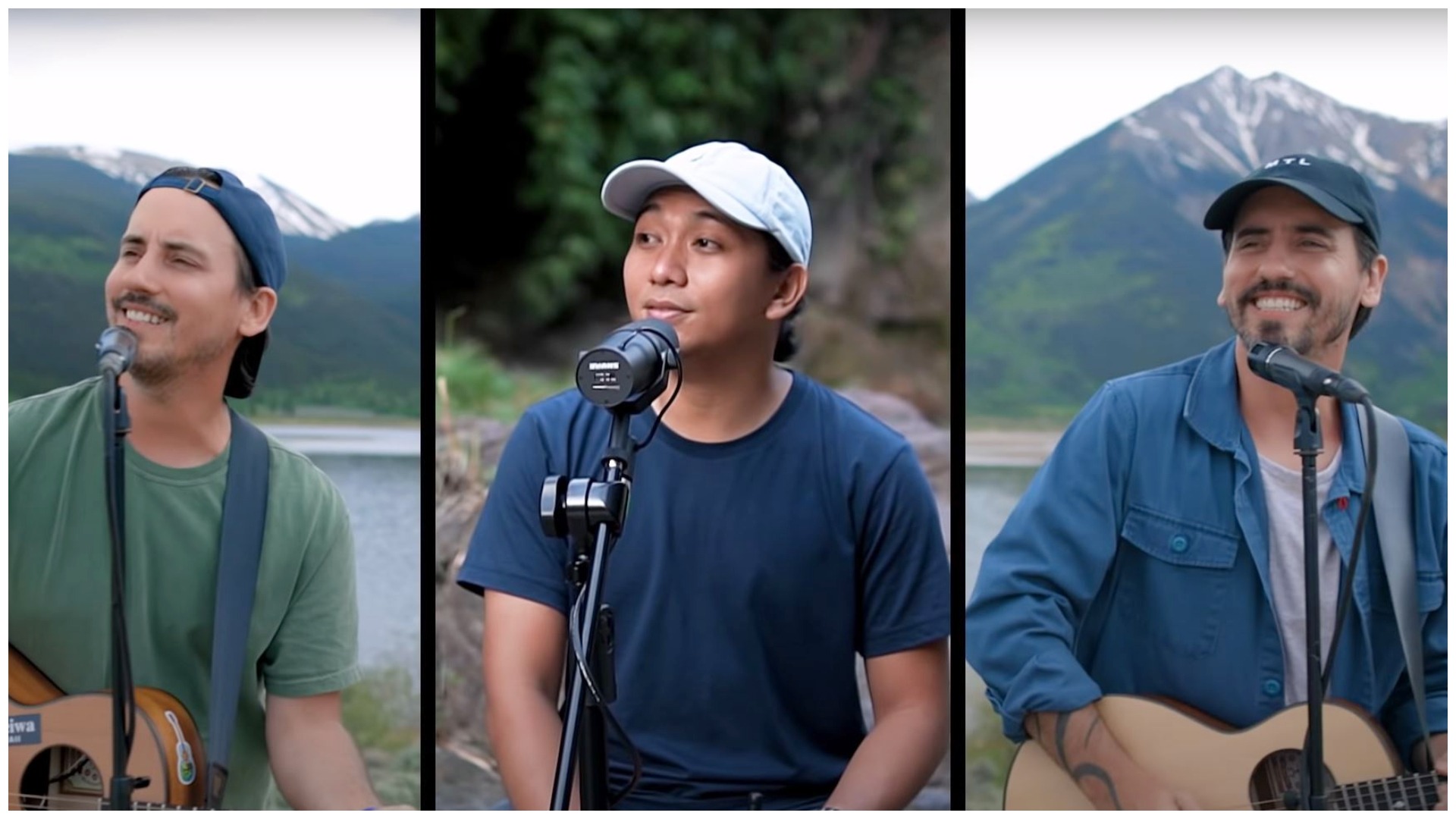 “Get outside, you never know where you’ll find yourself.”– Bob+Clint

Remember our all-time favorite and go-to karaoke song “If life is so short” and “Miss you like crazy” by The Moffatts? Well, the brothers Bob and Clint are back and making waves in the music industry as MTL (Music Travel Love). A project where they film a series of traveling studio videos of both covers and their own originals at beautiful locations around the world.

Staying true to their passion which is love for music, travel and family, they would bring their studio in a few small backpacks and start recording their magic which is music being played together with nature.

Alas travel is still hard for the whole world but this didn’t stop them as they are now collaborating with talented artists to create these amazing videos.

One of these talented singers that is currently trending is Cebuano artist, Francis Greg from Danao City, Cebu. He’s an artist of Ivory Music & Video and the male vocals of Stereotype.

The Music Travel Love duo messaged Francis Greg on Instagram when they saw and loved his cover of It Will Rain by Bruno Mars, and that’s when everything started.

Francis Greg is super happy as he grew up listening to Mofatts’ music, and now he’s singing with the members. MTL has been so patient and helpful to Francis throughout the whole collaboration, and he also learned a lot especially regarding on how to up his game in YT and his musical career.

This fresh voice has his own Youtube channel with 237k subscribers and 1.3M followers on Tiktok which says a lot on how much people are captivated by his singing.

Together with Bob and Clint, they sang a cover of the song I want it that way by the Backstreet Boys in two beautiful natural locations. Their beautiful voices have matched perfectly well together and with the modern technology we have, you might even believe they are recording on the same location.

Speaking of amazing natural locations, Cebu has plenty of them so I’m guessing it wasn’t that hard to find one to record. The Youtube video was uploaded last August 11 and made it to #5 on trending for music on its 5th day and now has 3.2M views as of August 20.

The video and music were shared across all of their rapidly growing social media platforms and YouTube. The song is also available on all streaming services so if you want to add that to your playlist then you can definitely do so.

Music Travel Love have hinted on the collab last June having posted a video of Francis Greg singing “It will rain” by Bruno Mars in their Facebook page with the caption “We became fans of @Francis Greg a little while back when this video came out! What do y’all think about a collab?? Like and comment below to let us know”

Check out this cool song cover on Youtube and support our local artist Francis Greg.

For advertising inquiries, kindly directly email Sugbo.ph at [email protected].
Previous article
Dos and Don’ts Before, During and After COVID-19 Vaccination
Next article
Cebu logs 654 new cases on August 23