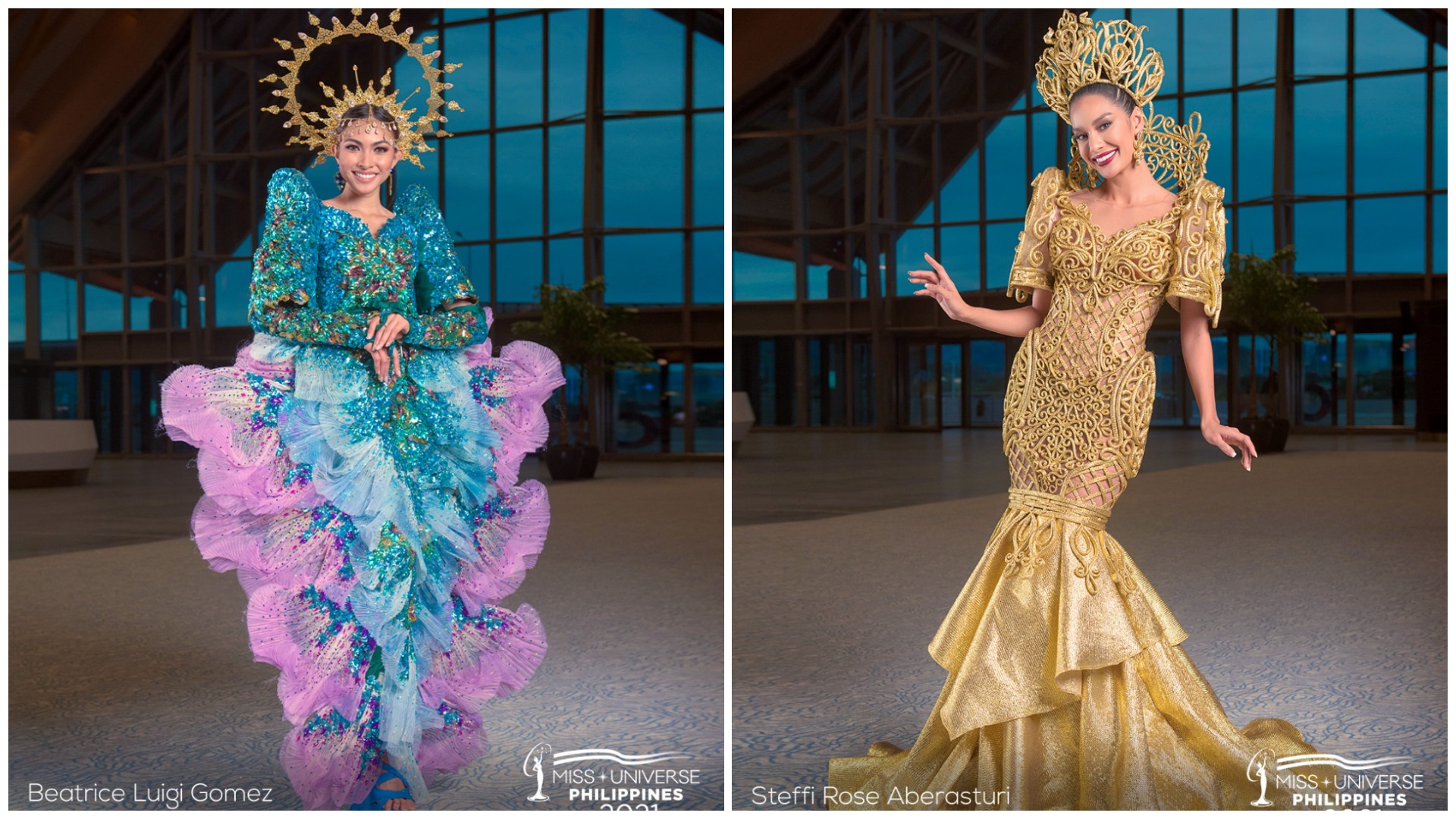 The pageant world is making a buzz again as the Miss Universe Philippines 2021 National Costumes have been revealed with its 30 lovely candidates.

And of course, our Cebuana beauties, as always, didn’t disappoint as they wowed us with both very different but jaw-dropping national costumes.

Each costume has different interpretations and inspirations so why don’t we dig deep into that and understand the meaning behind every stitch and every piece.

Wearing the sash for Cebu City is the beautiful badass Ms. Beatrice Luigi Gomez and she went to that national costume slaying as she wears a stunning blue and green piece by fashion designer, Axel Que.

It was inspired by Filipino folklore of “Bakunawa, the moon eater”, a mystical creature whose tales have been passed down through generations from our ancestors.

The tale of the Bakunawa tells the story of the mythical beast believed to have caused lunar eclipses by devouring the moon, earning its notorious moniker: Moon Eater. The beast was driven away into the depths of the ocean and there bides its time, hoping for another chance at fulfilling its sinister desire.

With its more popular description of being a colossal Sea serpent/dragon. The costume’s color palette features cool specter-like hues which mimic the bioluminescence occurring in some marine life.

“The challenge in creating the whole piece was tying it together with the overall theme of Carnival Queen, which was expressed through the more traditional silhouette of the bodice and the hallmark terno sleeves, but done in a more armor-like fashion. “-Edward James Castro

The highlight of the national costume aside from its amazing color palette is its non-traditional which pushed the form further, making it appear larger and intimidating which was very on point to the inspiration.

The avant-garde type of trouser that could even pass for a high fashion pants was detailed with exaggerated micro pleated organza to simulate the fins of the legendary behemoth. It was definitely made with intricacy as the embellishments were strategically layered and positioned to imitate scales, both in texture and finish.

And that headpiece we all thought is a crown symbolizes a double halo to represent the celestial phenomenon of a lunar eclipse.

Representing the Cebu Province, Ms. Steffi Rose Aberasturi’s National Costume had a bit of a surprise effect. By holding the edges with its red color, it depicts the colors of Sto. Nino and when dropped turns into this beautiful golden piece designed by Malayka Yamas.

The national costume was named the “WEAVER OF HOPE” which represents how our hopes are woven and become strongly intertwined to hold all of us together – to keep looking forward to a brighter tomorrow.

Its inspiration came from two things which is Christianity and rattan weaving.

Christianity plays a very big part in every Cebuano’s life and this costume honors the celebration of 500 years of Christianity in the Philippines. It honored the colors of one of the most well-known religious relics of the Philippines and patron of Cebu – The Señyor Sto Niño.

The designer also stated that as an advocate for empowering small businesses, the costume pays homage to a traditional Cebuano livelihood that’s been more profound during the pandemic- Rattan weaving.

“During a trip to the north of Cebu, I, along with mother @malayka, had the chance to meet the rattan weavers of Sogod, whose stories of hope inspired me.

A legacy of immense craftsmanship that’s been continued from generation to generation has been revived and given a modern take by the new generation of weavers. This represents how Cebuanos honor the past by using it to move forward, adapt, and innovate a better future. “– Malayka Yamas

Sogod is very well known when it comes to rattan weaving where you see their works displayed along the road going to the Northern part of Cebu.

Both ladies are doing their best in representing our home so let’s not forget to give them our full support in everything that they’ll do in the MUP competition.

For advertising inquiries, kindly directly email Sugbo.ph at [email protected].
Previous articleJollibee’s First Restaurant in Spain Might Just Be Its Most Beautiful Store Yet
Next articleCebu logs 82 new cases on September 29