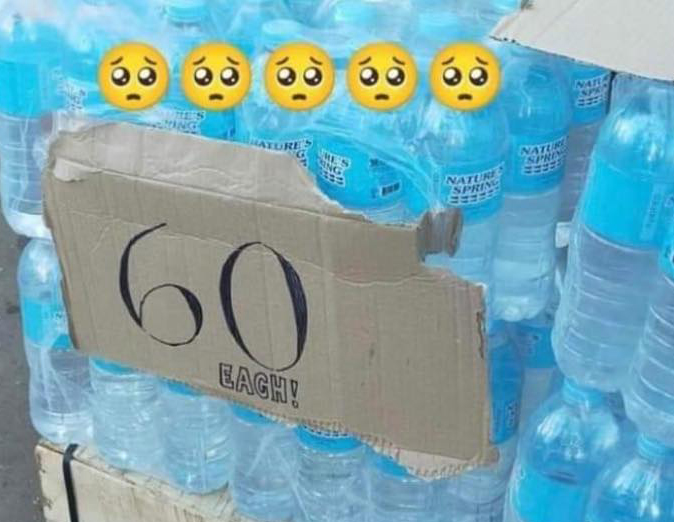 “What is being required is the utmost showing and demonstration of Barangayan, Bayanihan and Boluntarismo. Let’s all help, let’s not take advantage of others. There are laws that will take care of that,” – Mayor Michael Rama.

The resiliency of Cebuanos amidst the aftermath of Typhoon Odette is commendable but there are also others who are taking advantage of the sad and dire situation.

In the crisis of drinking water and fuel, some resellers and distributors are selling them at unreasonably high prices.

On drinking water in particular, the Cebu City Mayor Michael Rama has instructed the Business Permit and Licensing Office (BPLO) to monitor its distribution and selling as it is causing more distress to the residents of Cebu.

Pictures are being posted on social media that some are being sold at P1k-P2k per gallon which is just too much and too cruel. People who have encountered this are now urged to report this to the city government or directly to the Department of Trade and Industries (DTI).

The Cebu City government on Dec. 20 are now warning businesses that business permits may be revoked if they will be caught and proven to be selling overpriced water, food and fuel.

Overpricing is also an illegal act during a crisis according to the Republic Act No. 7394 also known as The Consumer Act of the Philippines.

As stated in the act, it is illegal taking advantage of the consumer’s general conditions of the environment or surroundings, in this case the state of calamity the city is in. It induces the consumer to enter into sales grossly inimical to the interests of the consumer or grossly one-sided in favor of the distributor, supplier or seller.

Bangon Cebu will only be possible if we help each other out and not be selfish. We can do this Sugbo.