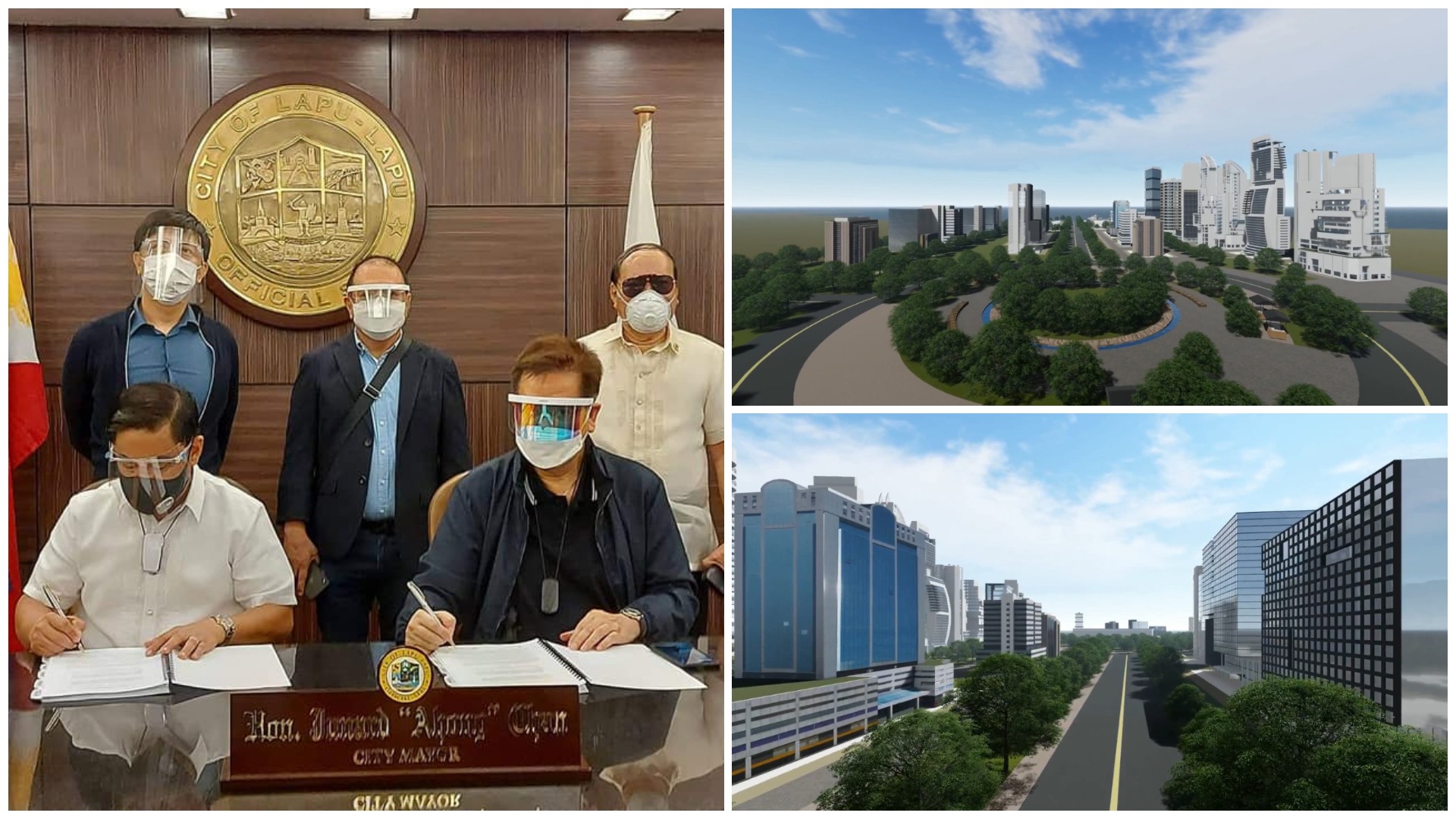 Lapu-Lapu City is no doubt a large economic hub in Cebu province. The city, part of Mactan Island, is a fast-growing city with plenty of economic opportunities. Not only is it home to world-class resorts and beaches, it’s also a hotspot for export processing, manufacturing, and plenty of residential spaces.

As of the 2020 census, it has a population of nearly 500,000 people. Additionally, Lapu-Lapu City is closely packed with a population density of 8,600 persons per square-kilometer. Neighboring Cebu City has only 3,061/km2.

With all this said, Lapu-Lapu City is a city that is always growing and developing. One of the biggest developments to date is the 128-hectare Lapu-Lapu City Socialized Housing and Urban Development Project in Barangay Canjulao.

This ₱3.7 billion project is aimed to create a “city” within the city. It is envisioned to be a socialized housing project integrated with industrial and commercial sections. This project is a joint venture of the city government and Premium Megastructures Inc. (PMI).

Lapu-Lapu City Mayor Junard Chan and PMI president Francis Lloyd Chua signed the agreement at the Liberty Shrine in Brgy. Mactan last June 2021. It was declared that the impressive development of 128 hectares of land in Barangay Canjulao will be at no cost to the city.

The groundbreaking ceremony took place shortly after the signing of the agreement.

Mayor Chan explained that 25 out of the 128 hectares of land will be allocated for the socialized housing, while the rest of the area will be used for industrial and commercial ventures. All in all, the project will further boost economy and will benefit 3,000 residents.

This project is a realization of a City Council resolution passed in May 2021, which authorized Mayor Chan to enter into an agreement with PMI.

This City Council resolution states that on March 26, 2003, former President Gloria Macapagal Arroyo issued Proclamation No. 346. Within the proclamation, she reserved a 25.24-hectare parcel of land in Canjulao for urban development and socialized housing site purposes.

Now, this project is envisioned to become a ‘little Singapore’, and is estimated to be completed in the next two years.