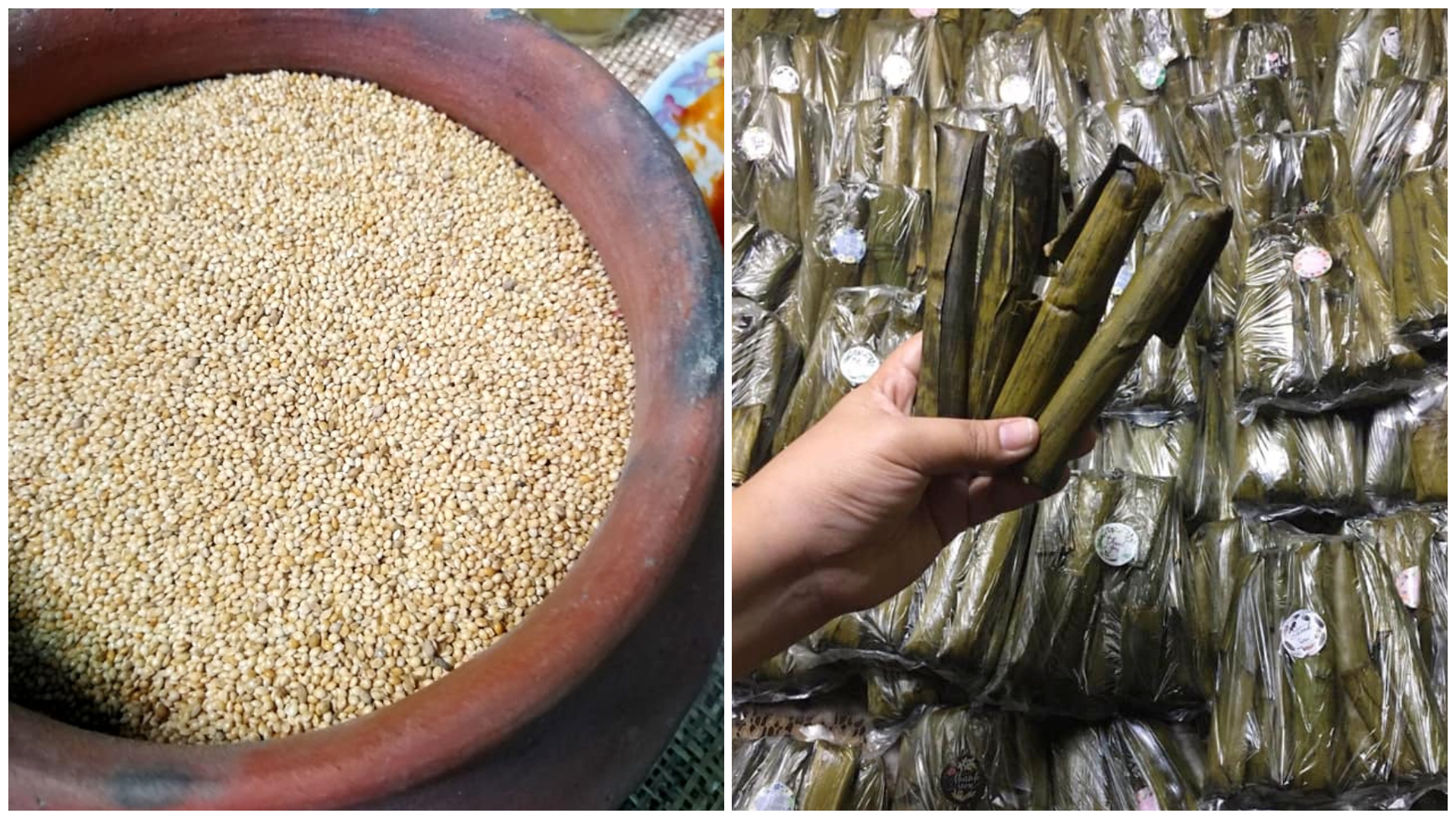 Filipinos have their own taste when it comes to desserts, with rice as one of the staple ingredients when making them. Puto, biko, budbod – you name it; all of these are all-time Filipino classics loved by all ages. In the northern part of Cebu, specifically in Catmon, a unique take in making budbod.

What makes this northern Cebuano delicacy is that instead of rice, the budbod kabog uses millet or locally known as kabog. This crop is very abundant in the mountains of Catmon, where residents of the area discovered that the small-seeded plant is edible and a perfect alternative for other grains.

Local folklore says that the kabog or the millet grass was discovered by a farmer inside a cave in Barangay Agsuwao in Catmon. He then took the millet seeds back home and cooked them but upon realizing that they were almost flavorless and had a coarse texture, he experimented and eventually came up with the budbod kabog recipe locals now enjoy.

Budbod kabog is so iconic in Catmon mainly because they also hold a festival for it, the Budbod Kabog Festival. True to its name, the festival honors how this savory sweet treat is made by performing an eight-step dance representing the processes of making the budbod kabog namely:

The ingredients listed below can produce up to 10 pieces of budbod kabog, so feel free to adjust the ratio depending on how much you want.

Prepare the 1 cup of kabog, already washed and place it in a bowl. Soak the kabog with water and leave it overnight. Then, once you can see that the kabog particles have become gooey, in a heating pan, place the one and a half cup of coconut milk then mixed with the soaked kabog. Make sure to stir the mixture together before cooking it in low heat for about 5 to 8 minutes. You will then notice that it starts to rise.

While in the pan, stir the cooked kabog to make sure that they are evenly cooked. In a separate pan, add the additional one-half cup of coconut milk, three-fourths cup of light brown sugar and the one-fourth teaspoon of salt. Cook under low heat and occasionally stir as soon as you see bubbles rising. Once it gets thick, add a half teaspoon of vanilla extract and stir. Then, add the cooked kabog to the pan with the syrup, cook in medium heat until the liquid evaporates.

Once that is done, prepare the wrapping for the budbod kabog. Banana leaves are the most popular packaging for this delicacy and make sure to expose it under heat before using it. Place the budbod kabog in the banana leaves, and roll it, similar how to make lumpia.

Lastly, add the packed budbod kabog into a steamer and cook under medium heat for about an hour. The budbod kabog is now ready to be served.

Previous article
Cebu logs 26 new cases on May 3
Next article
Getting From Mactan Airport To Anywhere Else: A Guide