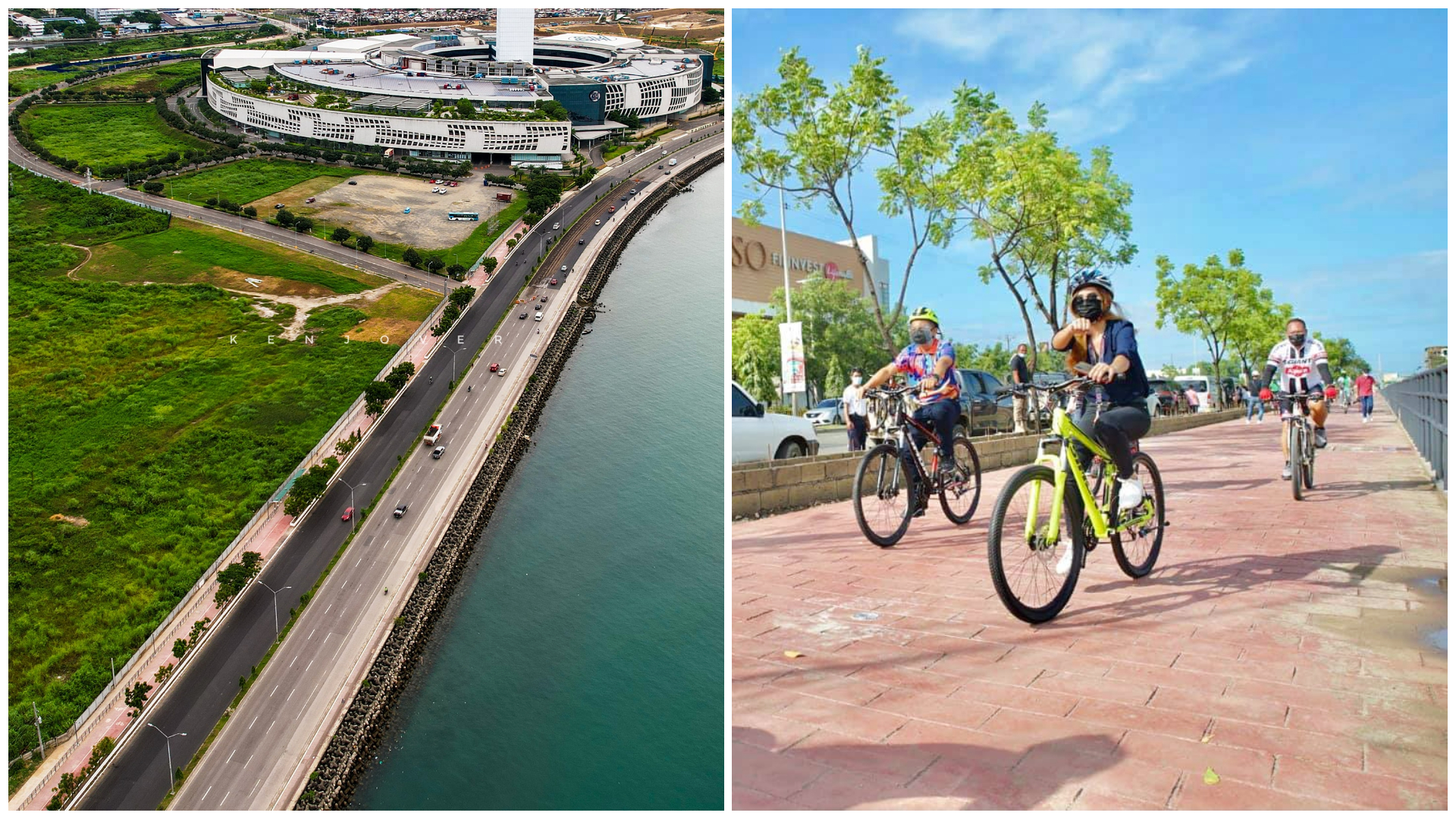 On Friday, July 16, 2021, bikers were given the chance to bike at the South Road Properties in Cebu City.

After the Department of Public Works and Highways (DPWH) Secretary Mark Villar and officials of the Department of Transportation (DOTr) inaugurated the 2.4km bike lane, biking enthusiasts would not need to compete with big trucks and other vehicles on the road for they already have their own.

DOTr Secretary Art Tugade, in a video message, during the launching, said that DPWH in partnership with other government agencies have completed a total of 497 kilometers of bike lanes in Metro Manila, Metro Davao, and Metro Cebu.

This 2.4km bike lane is part of the initiative of the national government called the Metro Cebu Bike Lane Network.

According to Cebu City councilor Gerardo “Gerry” Carillo, this bike lane starts from the Cebu South Coastal Road in Talisay and ends at the SRP viaduct.

Carillo reminded everyone that this lane is intended for cyclists, bikers, and joggers only. For cyclists, a minimum of 20km/hr is advised. Furthermore, this should also serve as a reminder to not abuse this bike lane by performing stunts and/or exhibitions. After all, we are all after everyone’s safety.