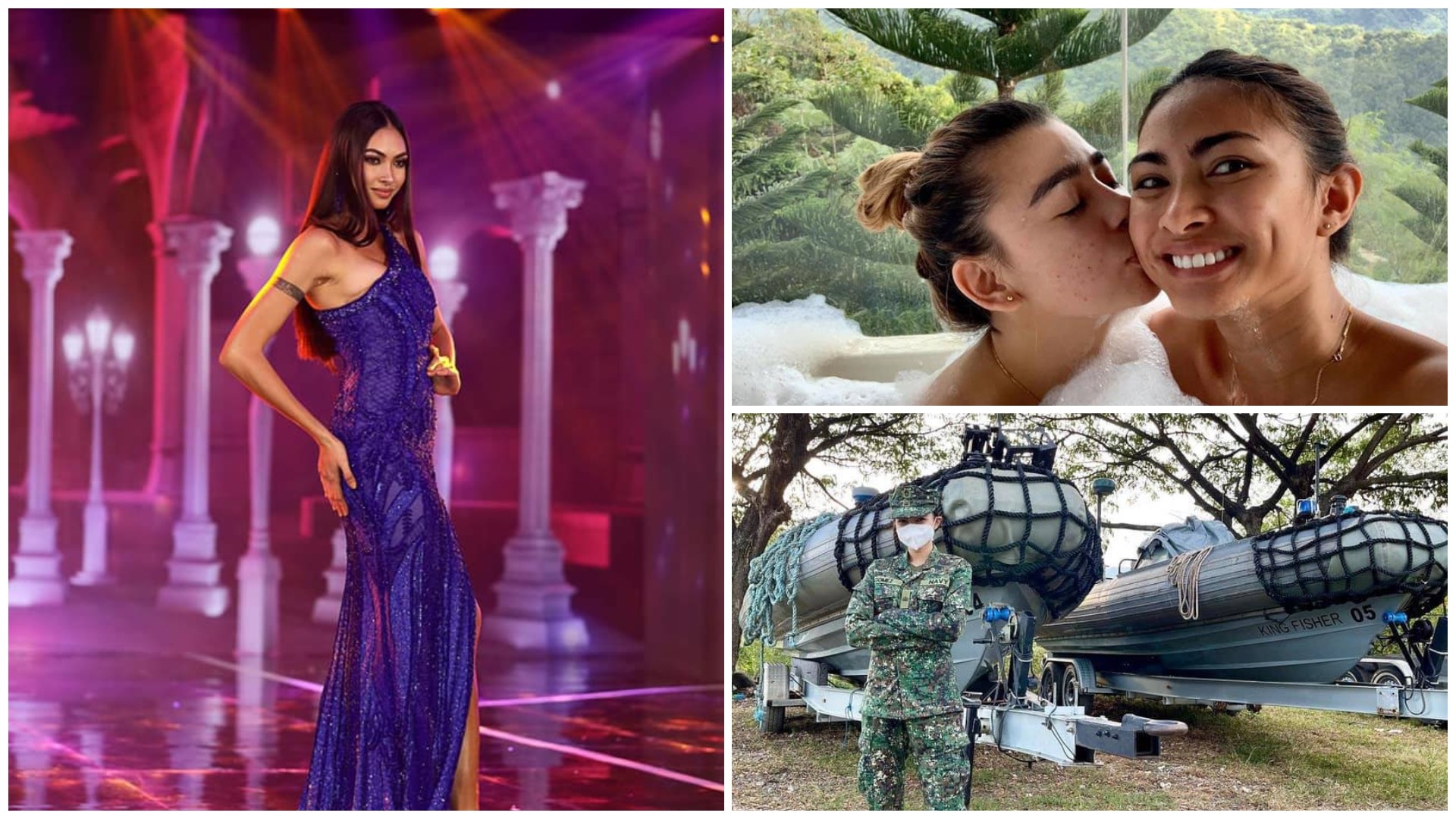 And our Miss Universe Philippines 2021 is Beatrice Luigi Gomez!

Yes. Sa Bisaya napud ang korona. It was a thrilling and close fight. Bea the representative of Cebu City and who was considered as the dark horse of the competition, has come out victorious.

Bea, 26, is a Filipino model, athlete and beauty queen.  She loves sports and her favorite sport is volleyball and also enjoys scuba diving. She spices up her workouts with a few rounds of boxing too.

And if these things don’t make her the badass queen that she is already, on January 2021, she has decided to undergo the basic citizens military course training that would allow her to be part of the Philippine Navy Reserve Unit.

A proud member of the LGBTQ+ she is a badass queen and openly dating another queen Kate Jagdon, who she has been in a relationship with for six years going seven.

She stood out during the Miss Universe Philippines interview challenge as she openly gushed about her girlfriend saying they do most of her hobbies together. They have the cutest relationship with Bea calling Kate her Happy Pill. They have also adopted a cat during the pandemic whom they named Twix.

Get to know what kind of queen Bea is inside, here are some notable answers of Beatrice Luigi Gomez during the preliminary interview.

To be prepared. Because in life it is very important to be prepared because it lessens the stress, it lessens the anxiety and I am very glad that I did my training early on even before Miss Universe. I already have a lot of weapon behind me.

I believe I am beautiful in everyone’s eyes. Because God’s eyes is in everybody’s eyes.

I would give them a journal. Because being able to know who you are and to talk about it, really helped everyone specially during this pandemic for their mental health. And that’s one thing I would add to cart.

The live coronation night was held in Panglao, Bohol on September 30. It was a novel competition that started with 100 delegates who went through a series of challenges. Until only the top 30 candidates were chosen to compete in-person during the coronation night.

During the pageant’s Q&A segment, the Top 5 candidates responded to questions randomly picked. Each of them was only given 30 seconds for an eloquent response.

Here’s how Beatrice Gomez responded to the question: “If, during your reign as Miss Universe Philippines, things happen in your life that make you sad and uninspired, how would you be able to continue inspiring others?”

“It is very evident that all of us went through difficulties during this pandemic, but it is also proof that we are able to rise to the occasion, and if anything happened to me during my reign, I will not give up and inspire others by rising to the problems that I am encountering and by inspiring them that what you are going through, you will be able to overcome it.”

Complete Set of Winners during the coronation night:

Bea will definitely raise our flag as she represents the Philippines in the Miss Universe 2021 pageant that will be held in Israel in December. Good Luck, Bea!