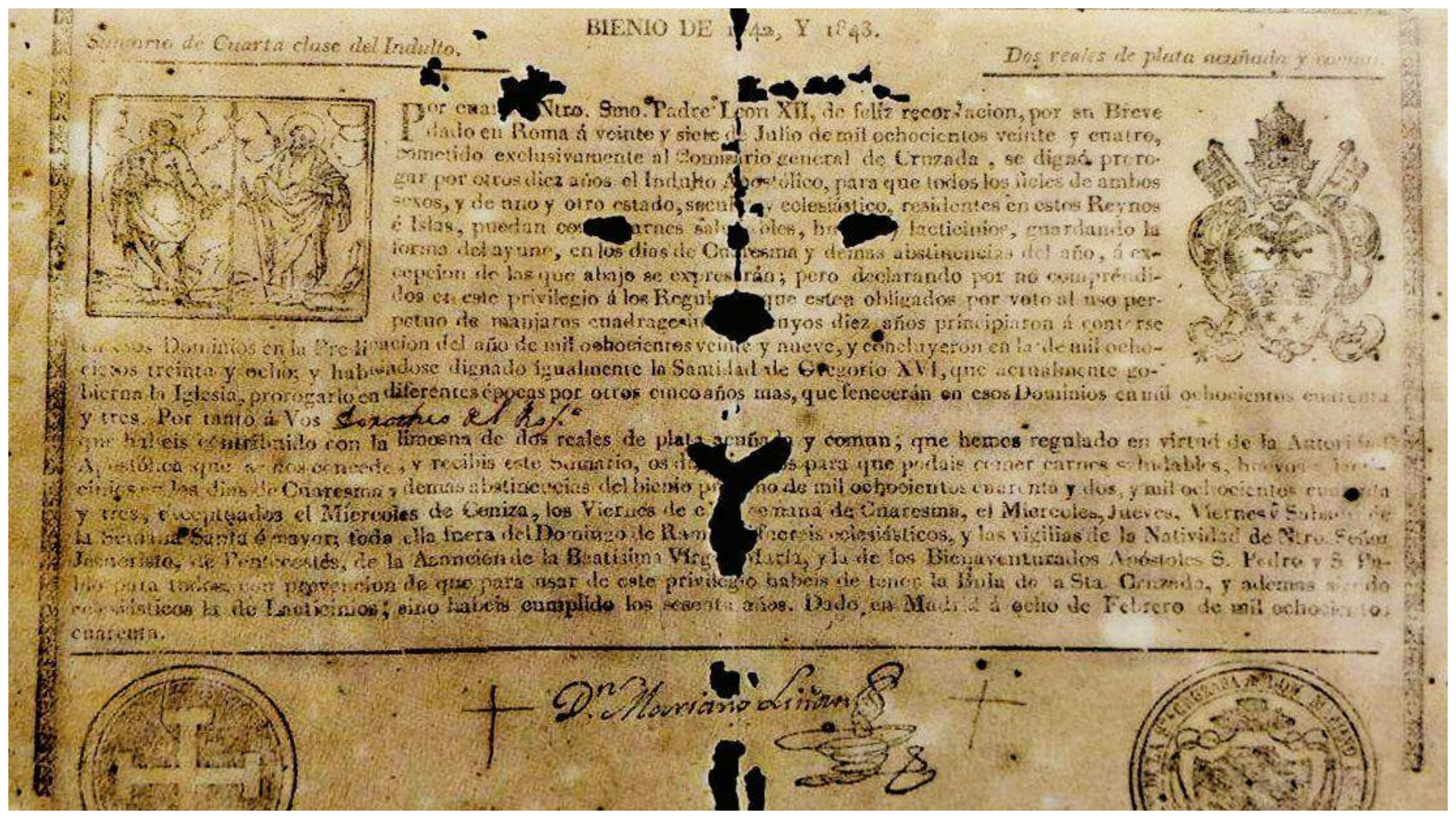 Did you know Bantayan Fasting Exemption for Holy Week has Expired?

The Bantayan Island exemption in eating meat during the holy week is a tale as old as time for us Cebuanos.

Actually, let’s be honest, there are those who doesn’t even know that there was an exemption. Well, read on because you are in for some learning.

The exemption or special permission dated July 27, 1824 which is formally known as “Bantayan Indult” was given by the pope himself, the chief pastor of the worldwide Catholic Church.

The Bantayan Indult was given through Padre Doroteo Andrada Del Rosario allowing the consumption of meat on days of fasting and obligation. The original document is being kept at the Bantayan Museum in Bantayan Island.

“We (actual verb unknown; allow?) you to eat healthy meat, eggs and milk products during lent and other days of abstinence “- Translated by Prof. Regaladoo “Ricky” Jose (2006), CBCP committee member on Church Heritage and Sites

The special permission was made according to the regulations of Pope Leo XII prior to the Biennium of 1842-1843.

There were many assumptions made but the most logical one spread according to the locals is that the islands main source of food is the sea and during the holy week. Even to this day, no local would dare go fishing in the sea in the belief that Jesus is dead and therefore not safe. It also has a history of bad luck to those who dared to sail out in the seas. Bear in mind that this was ages ago and so without their main source of food, they can only turn to meat and eggs.

This is where it got a little lost in translation or just lost in generations because many still believes that this is still valid or true to this day. That the island is still exempted from the fasting practices. When in fact the Bantayan Indult that was issued in 1824 have expired in 1843. The expiration was also stated in the Bantayan Indult.

So there it is, there is no exemption anymore. And during this holy week, whatever religion you have, you should abide by your own faith.

BY BUS: Go to Cebu City North Bus Terminal and ride on a bus bound for Hagnaya. Estimated travel time is 3.5-4 hours. Once in Hagnaya Port, you will ride on a barge bound for Santa Fe port (travel time is approximately 1 hr). The Tourism Office in Santa Fe port will collect P30/person for all incoming guests to the Island as per ordinance approved by local and provincial councilors as Environmental or Ecological Fee. Then ride a jeep from the port to Bantayan proper. Ask the driver to drop you off at the Saints Peter and Paul parish.

BY CAR: Navigate with Waze or Google Maps and set your destination to “Sts. Peter and Paul Parish” in Bantayan Island. Parking space is available.