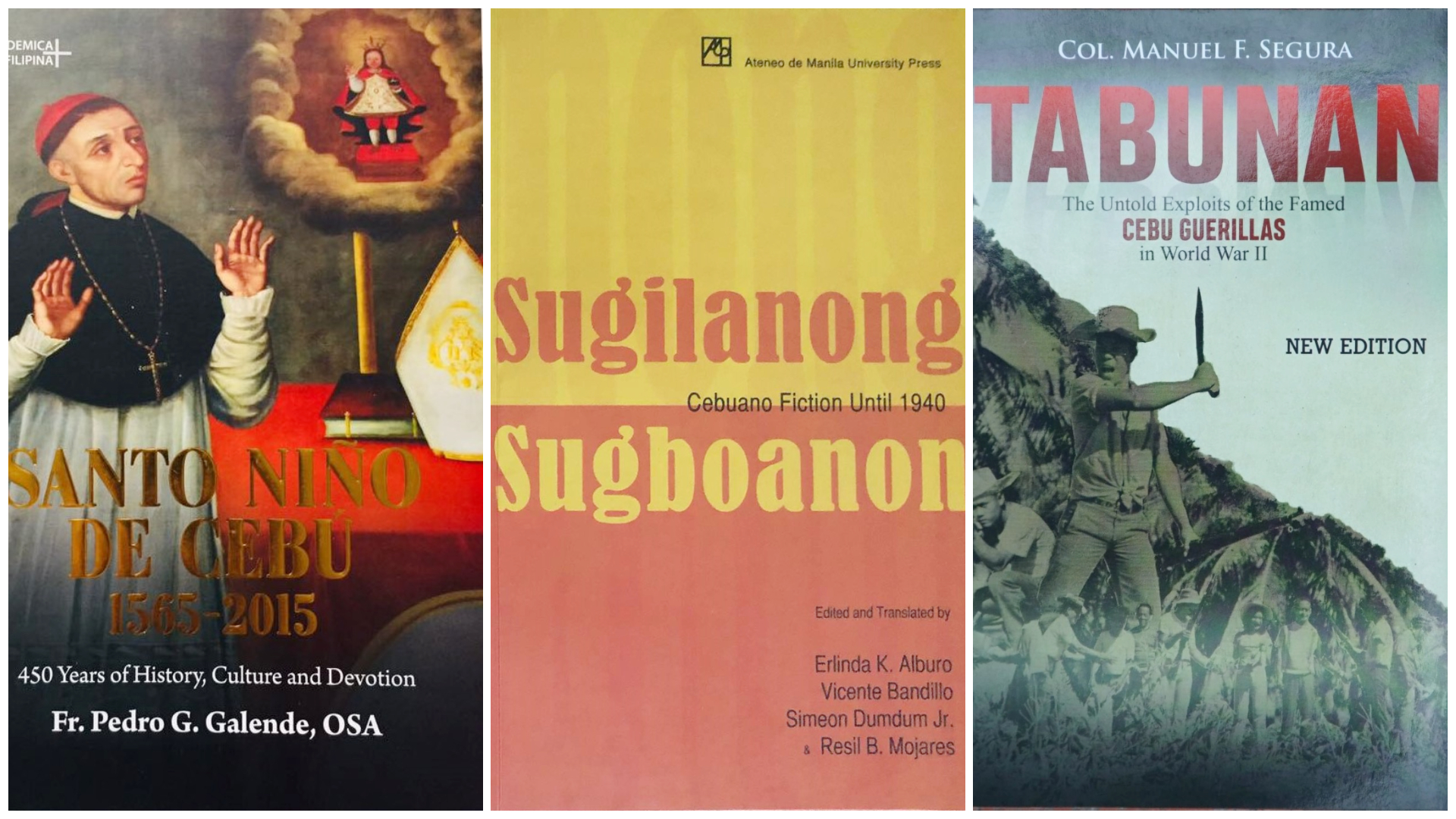 8 Historical Books About Cebu You Should Consider Reading

If you could travel through time and go somewhere else and go to any year, where would you go?

We totally understand that it would be so hard for you to funnel your options and just think of one certain location and time, but allow us to give you something that’s close to our hearts – Cebu. Whether it be the Revolutionary war, the Renaissance, the colonization of the Spaniards and Americans, or even the World War II, we have stories enlisted to take you back in time.

Enlisted below are books curated to let you time travel around our beloved Cebu.

Written by Fr. Pedro G. Galende, this book is definitely for the Sto. Niño devotees. This book is a must-read because it will take you back to almost half a millenum – from the story of devotion and the founding of Santo Niño, it is all covered. While we still cannot celebrate like the usual our Sinulog, allow this book to take you back in time and yell Viva Pit Señor!

This book is filled with “rich documentary detail and stirring narrative” during the Japanese occupation in 1942. This was until the Liberation of Cebu Province in 1945. It walks about the Battles in Babag, Malubog, and Guila-Guila, which were considered to be among the fiercest battles by the Filipino guerillas.

3. The Vicente Rama Reader: An Introduction to Modern Readers (P395)

– translated from the original Visayan by Fr. Rudy Villanueva

Brilliantly translated by Fr. Rudy Villanueva, this book showcases Vicente Rama’s uncollected fiction, essays, and memoirs. It will allow you to time travel into Cebu during the 1900s while getting acquainted with the historical Cebuano figure.

If you want to time travel to the 20th century of Cebu when the Americans were in the Province of Cebu, this book is for you. This book narrates that war in Cebu. The firefights and guerilla skirmished in Sudlon and the Southern mountains, the politics and betrayals, all these while readin gthe names of your local heroes.

Collated to be a book of personal essays, Dr. Resil Mojares aimed to introduce us all to time traveling Cebu like we were visiting an old house. The essays cover many interest topics about precolonial tattoos, sexual practices, origin myths, and even beliefs of afterlife.

A book that covers the hundred years of Cebuano fiction. It features the earliest work of fiction from 1852 and the latest piece from 2005. Different eras written, but they all represent their own stories.

Dubbed to the one of the great Philippine novels written in English, this book’s setting is in a village in Carcard named Valladolid. This novel follows the lives of several charactes around Valladolid’s barrio captain and Carcar’s municipal president.

Though the novel was first published in 1938, this was republished in 2007. This novel revolves around the story of Lapu-Lapu’s strange fictional bibliography – how he has growm to be a man.