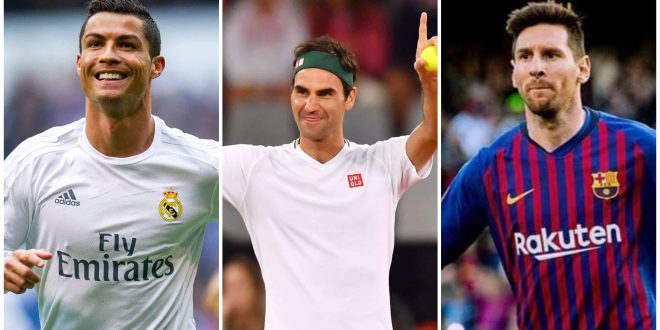 It was only a few months ago when Forbes, a business magazine, released their 2020 “30 Under 30” list, wherein they featured young entrepreneurs, leaders, and changemakers in the whole world.

Just recently, they featured another set of list citing the world’s highest paid athletes for 2020, with Swiss tennis player Roger Federer claiming the top spot. Forbes revealed that Federer accumulated $106 million USD of pre-tax earnings in total over the past 12 months.

Football star players Ronaldo and Messi follow Federer with $105 million and $104 million, respectively. Neymar and LeBron also made appearances on the list as they claimed the fourth and fifth spot, respectively.

Another reason why this year’s list is special is because of Osaka and Williams. They made it to the list marking the first time that two women have made it in the top 100 since 2016. Osaka landed in the 29th spot while Williams landed on the 33rd spot.

Top twenty in the Forbes’ world’s 100 highest-paid athletes list are as follows:

"A place where the people find ways to make it alive, livable and living -- Cebu."