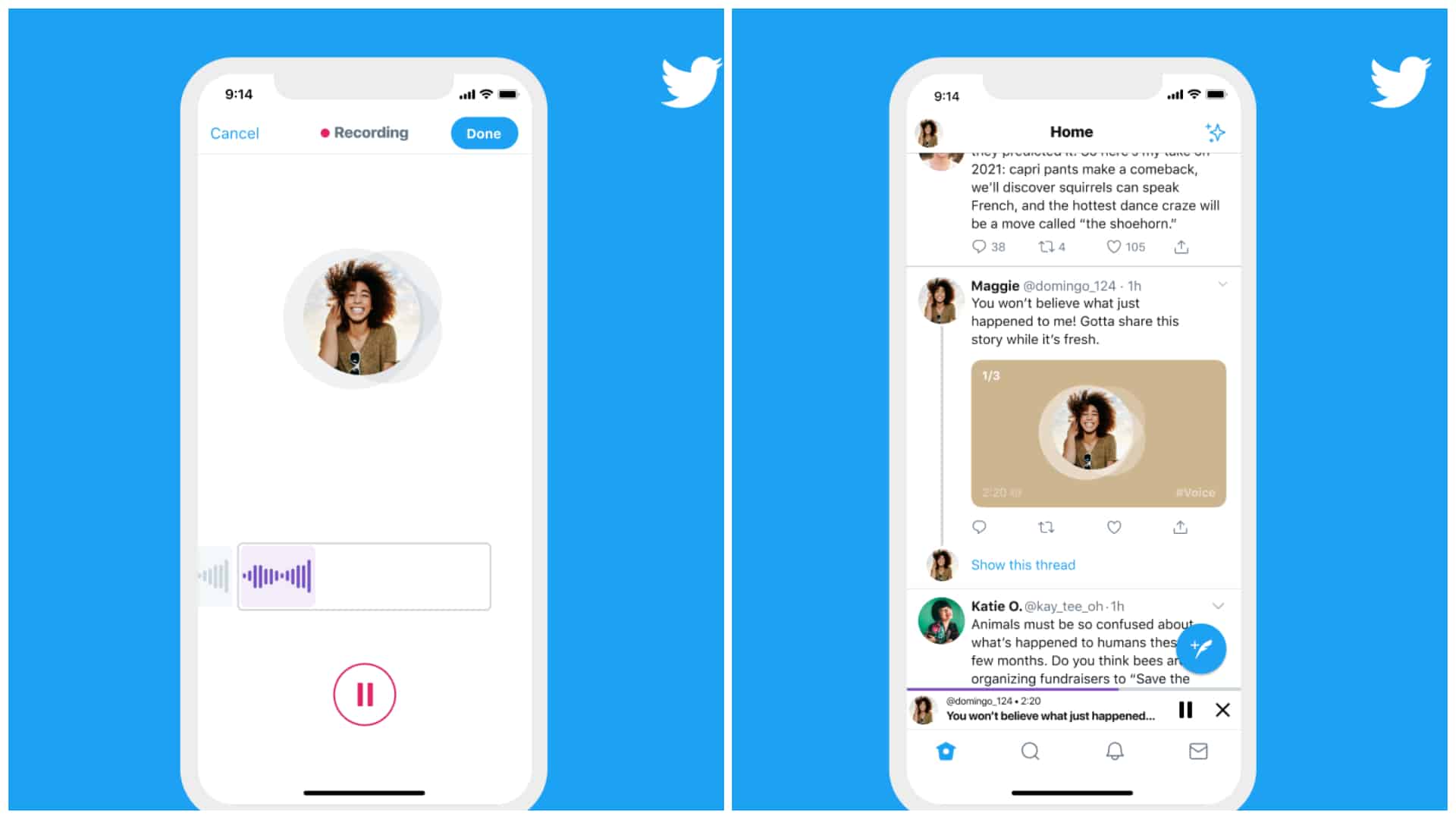 Twitter’s 280 characters is surely not enough to voice out your concerns. It’s too much of a hassle to create a thread either. Hence, Twitter has come up with a solution – voice tweets.

Imagine the excitement of every user upon hearing such news. Twitter has announced their plans on rolling out voice tweets to “add a more human touch to the way we use” Twitter.

“Twitter is where you go to talk about what’s happening. Over the years, photos, videos, gifs, and extra characters have allowed you to add your own flair and personality to your conversations. But sometimes 280 characters aren’t enough and some conversational nuances are lost in translation. So starting today, we’re testing a new feature that will add a more human touch to the way we use Twitter – your very own voice.”

Fret not because it’s easy to use. A new Tweet composer icon in ‘wavelengths’ will be added on the platform. Once clicked, you will see your profile photo with the record button at the bottom. You can then record your 140-second audio.

“There’s a lot that can be left unsaid or uninterpreted using text, so we hope voice Tweeting will create a more human experience for listeners and storytellers alike. Whether it’s #storytime about your encounter with wild geese in your neighborhood, a journalist sharing breaking news, or a first-hand account from a protest, we hope voice Tweeting gives you the ability to share your perspectives quickly and easily with your voice. We can’t wait to see how people will use this to make their voices heard and add to the public conversation.”

I can’t wait to share to my followers; “DZAE, NAA KOY CHIKKA!” Imagine the excitement?