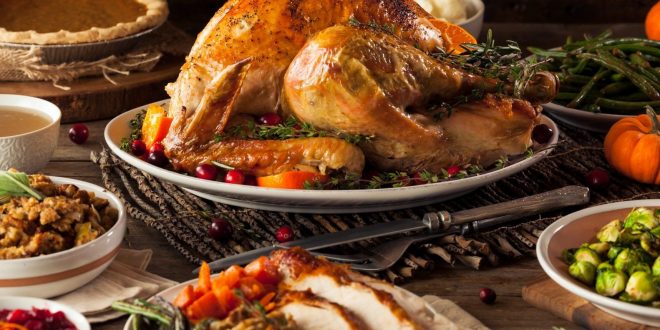 Why We Don’t Celebrate Thanksgiving (Anymore)

Thanksgiving Day is a holiday in the United States where people prepare lots of food to eat as a way to give thanks to the blessings and fruitful harvest during the year.

Surely, almost everyone has heard of the Thanksgiving Holiday, but why does the Philippines not currently celebrate it?

It actually has a rich history here in the Philippines and is slowly coming back albeit not officially.

There are many historical events and traditions that lead to the holiday we now know today, and these events differ from country to country. In the United States though, the celebration is rooted in England’s traditions and were brought into the US by the first pilgrims who settled there. These pilgrims along with the natives of North America had a feast as a thanks for the harvest as well as a thanks to the natives who helped them get through the winter by supplying them food.

This tradition continued on even until the American revolution, in which the US citizens overthrew England’s control over them as a colony. When George Washington became the first president of the United States, he proclaimed that the nationwide thanksgiving celebration be observed “as a day of public thanksgiving and prayer, to be observed by acknowledging with grateful hearts the many and signal favors of Almighty God”.

When the United States fought against Spain and won in the Spanish-American War, Spain lost control of the Philippines and was then invaded by the Americans in 1898. During the time America occupied the Philippines, they brought with them the traditions of the US, and along with it, the Thanksgiving Holiday.

Thus, the Philippines actually celebrated this holiday alongside the US on the same day.

Even when the Japanese invaded the Philippines during World War II, the Filipino people and the Americans celebrated this holiday but in secret. Even though the Philippines gained independence in 1946, the tradition continued up until 1969.

The holiday was revived by late president Ferdinand Marcos sometime after or during 1972, when the martial law was declared. However, Marcos changed the date of celebration from the fourth Thursday of November to September 21, which is the day of the martial law declaration. Marcos must have expected the Filipino people to be thankful that the Martial Law was imposed by doing this, however it was in fact quite the opposite.

When Marcos was ousted in 1986, the celebration is no longer held due to the controversy of the date.

Now, the holiday is being slowly introduced by corporations such as SM and various hotels as a way to offer sales and bolster profits, albeit it is withheld during the same day as US’ celebration. Many people also celebrate thanksgiving by themselves in their own homes, since we all have something to be thankful for.

"Cebu - my starting place of exploring Earth's many wonders."

For advertising inquiries, kindly directly email Sugbo.ph at [email protected].
Previous LTO-7 opens largest District Office in Central Visayas
Next The ‘Little Things’ to be Thankful For in 2020