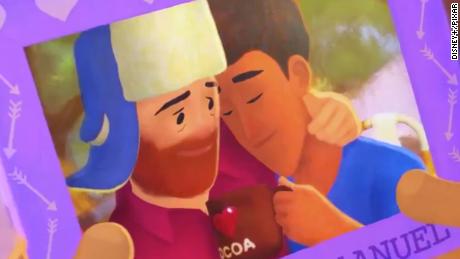 A short film from Pixar Animation Studios, Out has been available for streaming on Disney+ since May 22, featuring Pixar’s first gay main character.

This animated film follows a gay’s journey to acceptance. This is in lieu to his preparation to move into a city with his boyfriend.

Greg is the film’s lead character and he has been keeping his secret from his parents. However, his dog has been helping him learn about not to be hiding anything.

May this animated film makes us realize the importance of being true to oneself. But more than that, may we this film makes us accept our fellow human beings, regardless of gender.

Unfortunately, Disney+ is not yet available in the Philippines and we might need to wait until next year for the official release. For now, you can use VPN service to watch Disney+ content.

For advertising inquiries, kindly directly email Sugbo.ph at [email protected].
Previous articleJo Koy takes Netflix to the Philippines in his new comedy special
Next articleGlow up with BeautéDerm at SM Seaside; offers delivery in Cebu

Live, Love, Liloan: 6 Must-Visit Attractions in the Light of the North