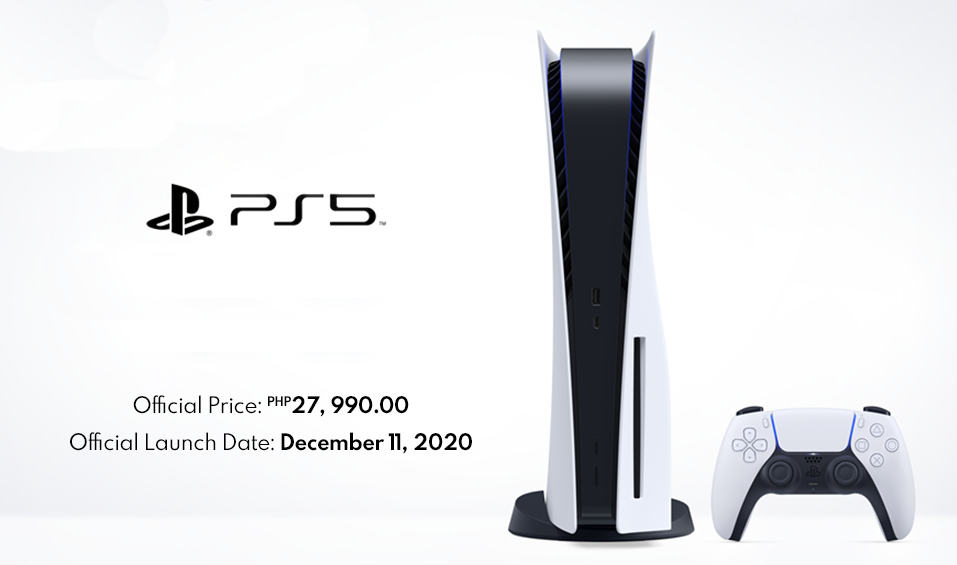 Earlier this year, Sony had released the specifications of the PlayStation 5, a new and improved engine for the console of Unreal Engine 5. The internet gets to look at the design of the long-awaited next generation PlayStation console.

The highly anticipated PS5 is set to release in the Philippines this December 11, 2020 with a suggested retail price of PHP27,990 (Standard Edition). Prepare to bring next-gen PlayStation gaming and streaming to your homes!

The new design shows a slicker model than that of the PS4, with a long and rectangular body. It is shown in a crisp black and white color, giving it a very clean aesthetic and a futuristic design. The blue LED of the console glows from the inside, emphasizing on how modern the design is. The controller revealed earlier this year matches perfectly with the console because of its slick their design. In fact, the console comes in two editions: The Standard Edition and The Digital Edition.

Ever since the beginning of home consoles, the machines relied on external drives or disks which store game data which it will then read for it to be played. Thanks to the introduction of the internet, gamers now have the option to buy the game digitally, albeit the game data now, instead of being mostly on the disk, is downloaded unto your device. Now, Sony has pushed through and made an edition of the PlayStation that will only rely on digital data.

Along with this, Sony also showcased the upcoming games for its console:

The new Sony PlayStation 5 will be available in Philippine retail stores including Cebu starting this December 11, 2020 with a suggested retail price of PHP27,990.