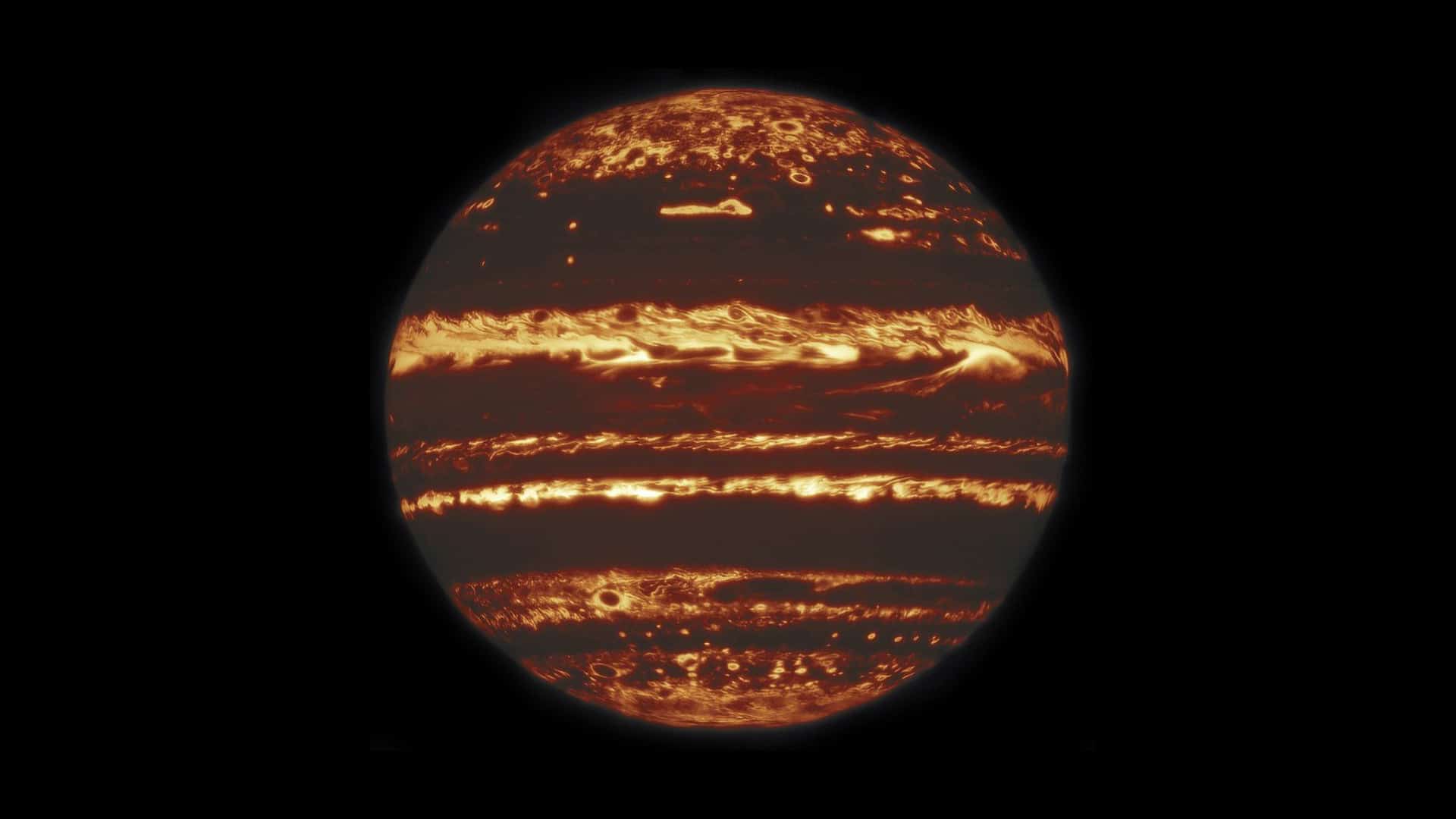 Scientists have ‘finally’ obtained an image of the planet Jupiter. After hundreds of exposures, they were finally able to build a sharp image mosaic of Jupiter in the infrared.

A remarkable new image of Jupiter has been produced by Astronomers. This traced the glowing regions of warmth, lurking beneath the gas giant’s cloud tops.

Gemini North Telescope, in Hawaii, in infrared, was used in capturing the picture. This is considered to be one of the sharpest observations of the planet ever made from the ground.

In achieving the resolution, the scientists had to use the “lucky imaging” technique. This would mean scrubbing out the blurring effect of looking through Earth’s turbulent atmosphere. This also involves acquiring multiple exposures of the target, only keeping the segments of an image where turbulence is at minimum.

The study which produced this image was led from the University of California at Berkeley. It was a joint programme of observations involving Hubble and the Juno spacecraft.

When all the taken “lucky shots” were put together in a mosaic, the clear and unimaginable imahe of Jupiter surprised us all.