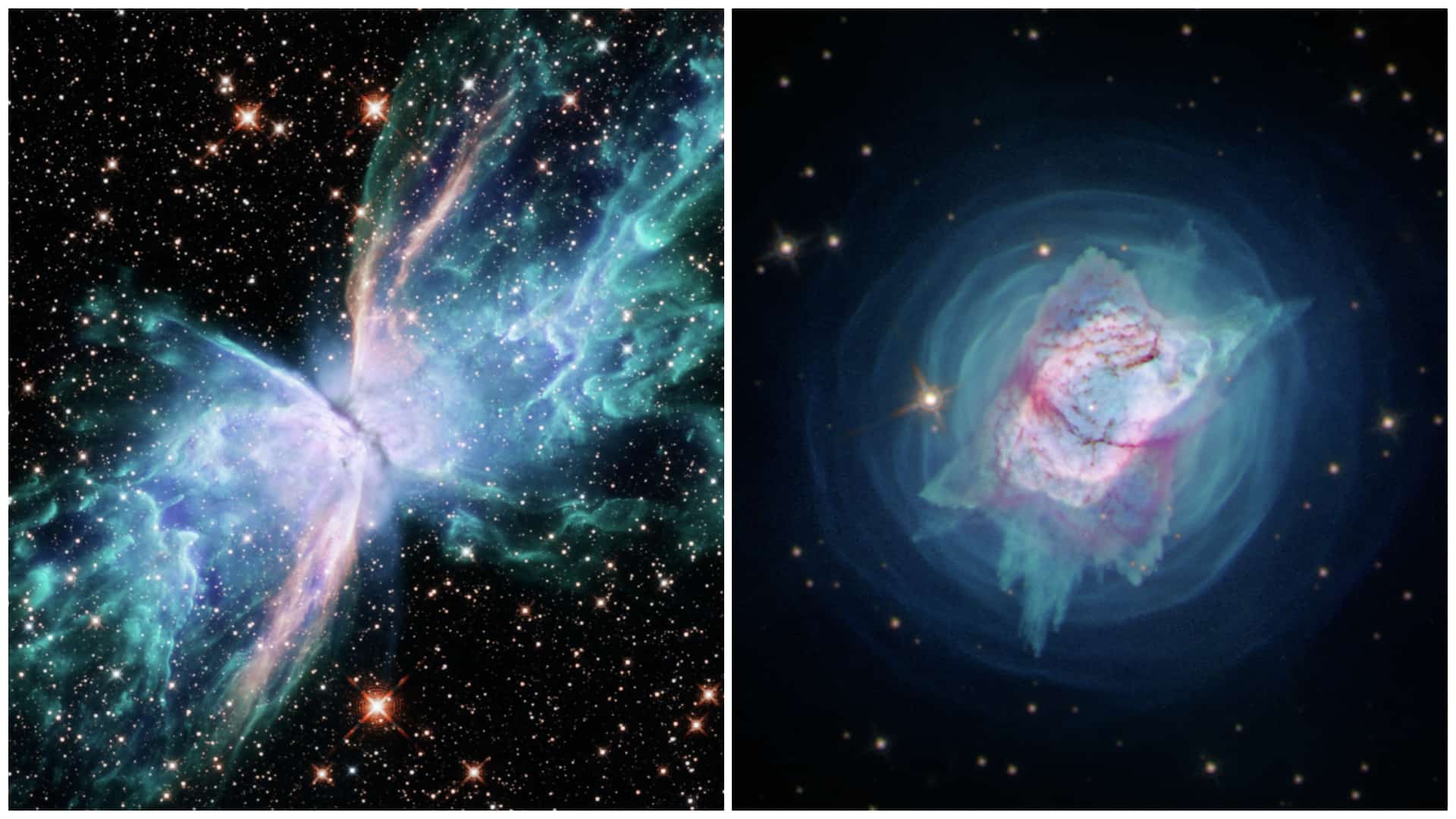 Stars are light years away from us living calmly for millions to billions of years unless it’s dying then all hell breaks loose or in star language, they turn into crazy whirligigs, puffing off shells and jets of hot gas.

Unprecedented levels of complexity and rapid changes in jets and gas bubbles blasting off of the stars at the centers of nearby young planetary nebulas are being observed by Astronomers.

Using Hubble’s full range of imaging capabilities, researchers suspect that at the hearts of both nebulas are — or were — two stars circling around each other. And further theorized that the two stars orbit one another closely enough that they eventually interact, producing a gas disk around one or both stars.

“The hypothesis of merging stars seems the best and simplest explanation for the features seen in the most active and symmetric planetary nebulas. It’s a powerful unifying concept, so far without rival.”

– Bruce Balick of the University of Washington in Seattle

NGC 6302 is dubbed the Butterfly Nebula because of its wing-like appearance. At first it appears chaotic, but if you stare for a while, you can trace its patterns. The S-shape present in the Butterfly Nebula, are gas blown out at high speed by a star.

NGC 7027 resembles a jewel bug, an insect with a brilliantly colorful metallic shell. It has been slowly puffing away its mass in quiet, spherically symmetric or perhaps spiral patterns for centuries — until relatively recently.

“Something recently went haywire at the very center, producing a new cloverleaf pattern, with bullets of material shooting out in specific directions.”