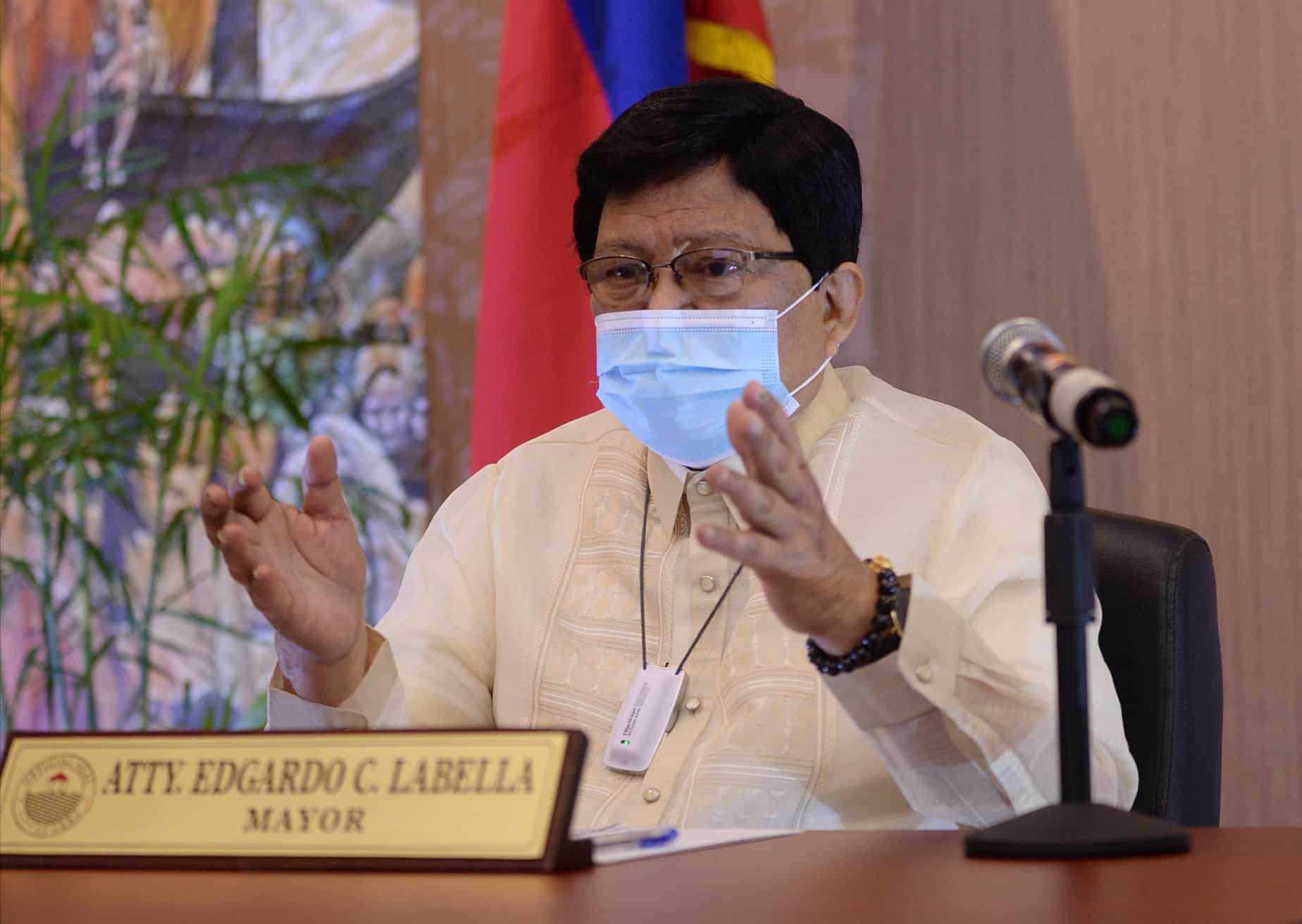 During his first State of the City Address (SOCA) since assuming office, aired via Facebook live on July 22, 2019, Labella narrated the progress of his administration’s 10-point agenda as well as strategic programs aimed at reviving the economy and addressing critical concerns.

Since last year and before the pandemic, four 16-room school buildings have broken ground in barangays Mambaling, Lorega, San Jose and Sapangdaku.

Labella assured that construction of more school buildings were underway in barangays Kinasang-an, Busay, and Buhisan.

Even as efforts are currently concentrated on the current crisis, the City Government is actively pursuing flood control projects, addressing in particular right of way issues.

“The OBO Information System Version 2 made processing of building permits faster. Permits can now be issued in 3-4 days. Despite the challenges we face, the City, under our administration, has established a good relationship with the business sector through the Cebu Chamber of Commerce and Industry,” the city mayor said, citing the creation of the Cebu Investment Development Concierge Center.

The City is eyeing a digital and intelligent traffic program to upgrade its existing 30-year-old system.

It has also purchased equipment for the collection and disposal of garbage in the city to meet the increasing demand.

Labella also announced the awarding of the P100-million contract that will complete the first three floors of the new CCMC building.

“The preparation of the detailed work plan and POWE for the P500 million approved budget intended to complete the 7th, 8th, 9th and 10th floors at a structural level is also underway. Once done, this will go to the procurement process,” the mayor said. He added that the completion of more floors will mean more patients served.

Labella also disclosed the unsolicited proposal of Megawide Construction Corp. to modernize the Carbon Public Market. “The Joint Venture Selection Committee is now in the final stages of negotiations with the proponent. I ask the council to support this important initiative.”

On the City’s ongoing battle against COVID-19, Labella stressed that resources have been immediately mobilized in a “comprehensive and robust response” to the health crisis.

“As early as January, I ordered the activation of the Emergency Operations Center at the Mayor’s Office to closely monitor the virus. But even with all these efforts, COVID-19 still found its way into our community,” he said.

He thanked the City Council led by Vice Mayor Mike Rama for the support and approval of the budget for COVID-19 measures.

These include the purchase of three PCR machines as early as March 2020 that were turned over to the Vicente Sotto Memorial Medical Center for the processing of swab samples; purchase of an initial 20,000 rapid test kits to support a mass testing campaign; purchase of two negative pressure ambulances dedicated to COVID cases; purchase of 500,000 surgical face masks and packed meals distributed to frontliners; and the two tranches of financial assistance ranging from P2 to P4 million for each of the 80 barangays.

The City has also put up five cluster clinics for North, East, West, South and Central areas to attend to residents with symptoms who need to undergo swab testing for appropriate referral to isolation or quarantine facilities.

As of July 20, at least 50 schools in the city have been transformed into Barangay Isolation Centers, with a total bed capacity of 3,052.

The City Government has also built the Cebu City Quarantine Center to isolate COVID-positive patients with mild to moderate symptoms.

“It is the biggest facility of its kind in the country with state of the art equipment and features. It has negative pressure ventilation, hepa filters, and state of the art monitoring through CCTV. It is manned by specialist doctors and provisioned with ventilators,” Labella said.

The CCQC has a 160-204 bed capacity. As of July 21, the CCQC has been able to serve 224 patients. Of this, 180 have already recovered and returned to their respective communities.

The City’s COVID response has also been boosted with 95 contact tracing teams with uniformed personnel from PNP and BFP and nurses from the City Health Department. They are tasked to identify possible COVID-19 cases in the city’s barangays. The City also have 26 individuals who are tasked to get swab samples of those identified to have been exposed to the virus.

Moving forward, Labella said the City is now formulating strategic programs to turn the economy around and address critical concerns, with special focus on jobs and entrepreneurship; educational support; health, nutrition and sanitation.

As the City continues to exert efforts to manage the current crisis, the mayor expressed gratitude to the dedicated medical frontliners and urged everyone to cooperate by observing health and safety protocols.

“As Father of the City, I admit the burden weighs heavily on me. But, I am always reminded that even as we grieve we have to continue to soldier on. We fall down. We kneel. And then we get up. All of us holding each other up, supporting one another,”

[email protected]
Previous articleHerschel stores in Cebu offer up to 50% off until July 31
Next articleEntire Cebu logs 220 new cases, 22 deaths on July 22