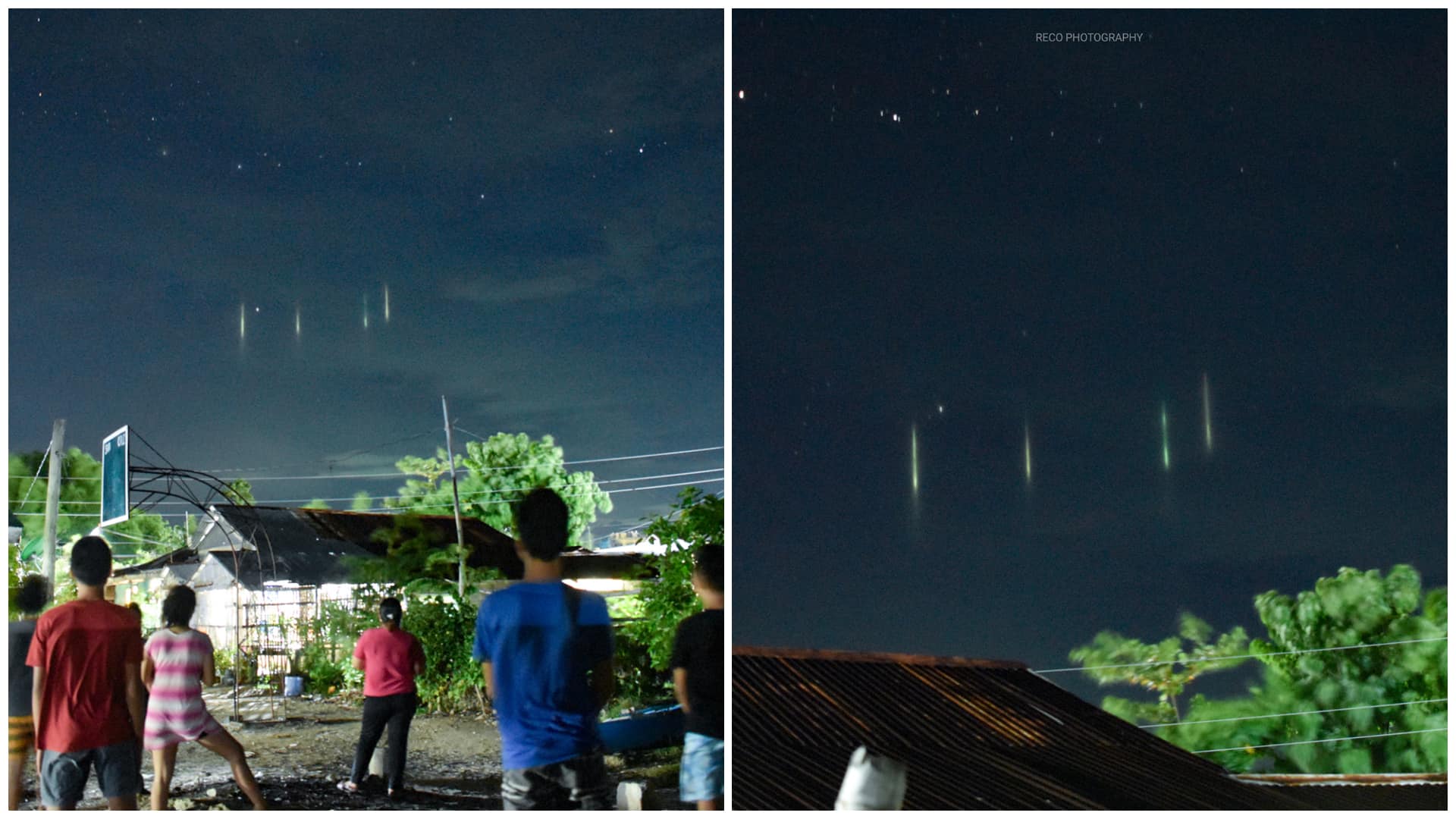 On Saturday night, a resident from Daanbantayan, northern Cebu was able to capture the light pillars, or columns of light beaming to the sky.

In a Facebook post, netizen John Reco Estrera shared that the light pillars last appeared on October 30, 2019 at the same place in Brgy. Maya, at the same time at 9:00PM.

Light pillars are an optical phenomenon caused when light is refracted by ice crystals. These lights tend to take on the color of the light source.

“They appear as beams of light to the observer. It is usually caused by street lights. However, any source of light can create a light pillar given proper conditions,”

Samuhel said the pillars occur under high pressure without any storm present.

“There is no tie between storms and the pillars,” Samuhel said. “A storm system would disrupt the pillar formation with wind and precipitation.”

According to AccuWeather, the source of most pillars are man-made, for example street lights and other ground light sources. They differ from auroras for many reasons, but most people have heard of auroras because they cover a much larger area.