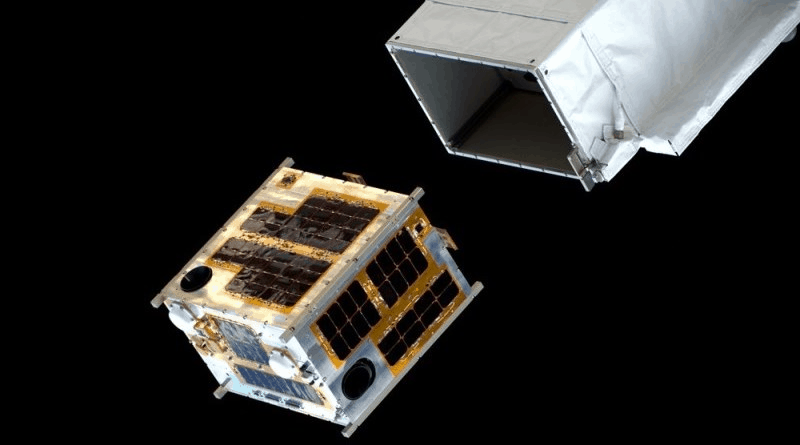 “Welcome back, home! You will always be remembered for opening the horizons of space to the Philippines.” – (STAMINA4Space)

After 4 years of being in space, Diwata-1, the Philippines’ first locally designed and developed microsatellite, fell back to earth on April 6.

It has exceeded everyone’s expectations as it stayed longer in service since it was launched to the International Space Station on March 26, 2016, and sent into orbit on April 27, 2016. Diwata-1 was meant to only last for 18 months in space.

Made by Filipino engineers through a satellite program in Japan, the microsatellite has been described to be just as big as a balikbayan box and weighed around 50 kilograms.

“We confirm that today, 6 April 2020 at 04:49 a.m. Philippine Standard Time (PST), Diwata-1 was at an altitude of approximately 114km based on telemetry data received from the satellite. This altitude is very close to the Karman line, or the widely accepted boundary between outer space and the Earth’s atmosphere. It is expected that beyond this altitude, the chances of successfully establishing contact with Diwata-1 are extremely low. This, therefore, marks the official end of the mission lifetime of Diwata-1,”