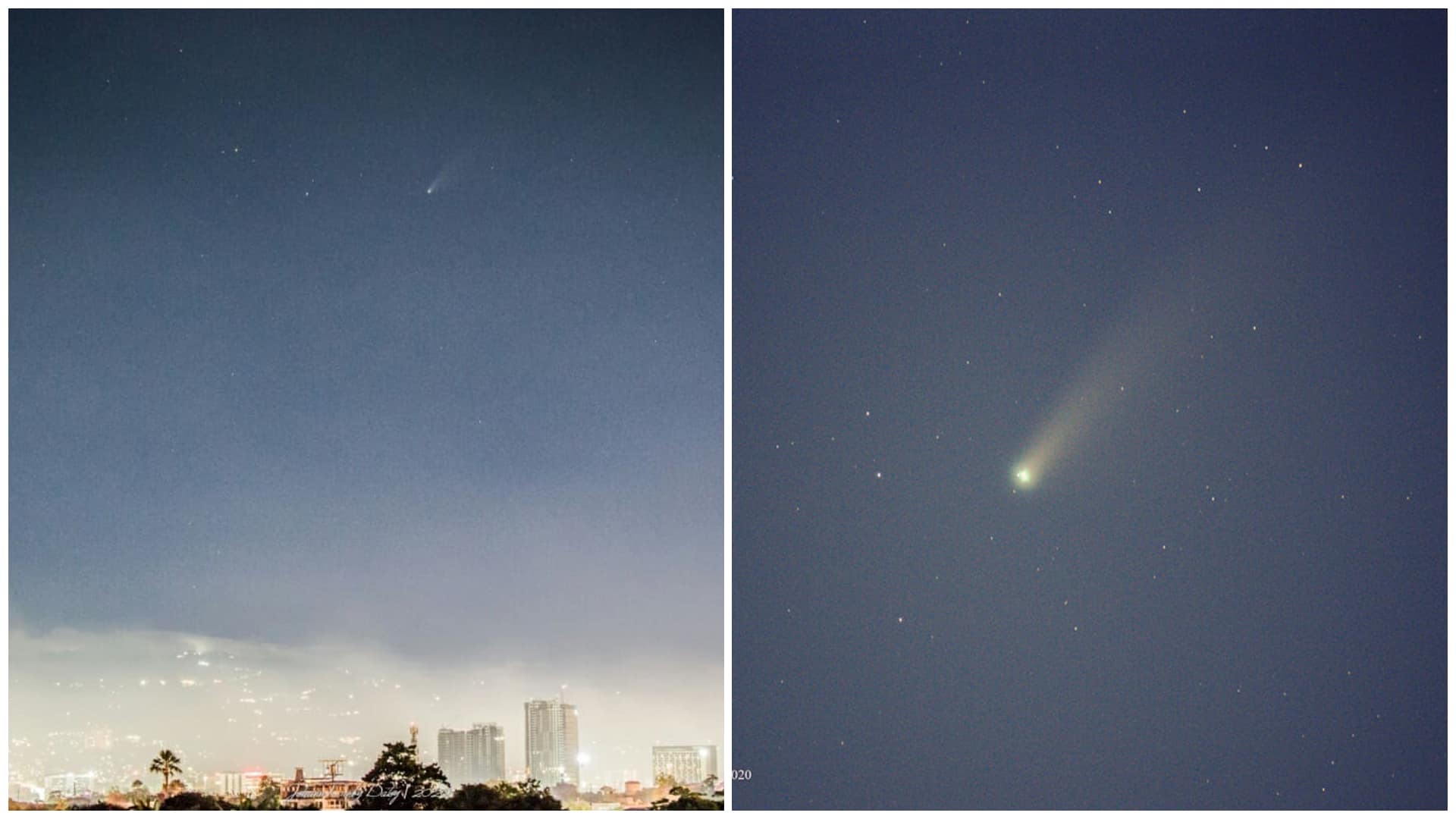 On Thursday night, the rare comet NEOWISE illuminated the night sky of Cebu as captured by photographer Johann Kirby Datoy, a resident in Cebu City.

The comet NEOWISE made a lot of buzz online and worldwide because it’s so rare, its orbital period is approximately 6,800 years. It appeared in our skies after 6,800 years. The comet was discovered last March 27, 2020 through NASA’s Wide-field Infrared Survey Explorer Mission (WISE) telescope.

According to PAG-ASA, Comet NEOWISE was expected to appear earlier tonight, about an hour after sunset, with clear skies and mild pollution.

The comet started approaching the earth last July 3, 2020, and it will slowly orbit away and disappear from our sight by mid-August.

If you missed this, here are some photos and videos of this magnificent comet: