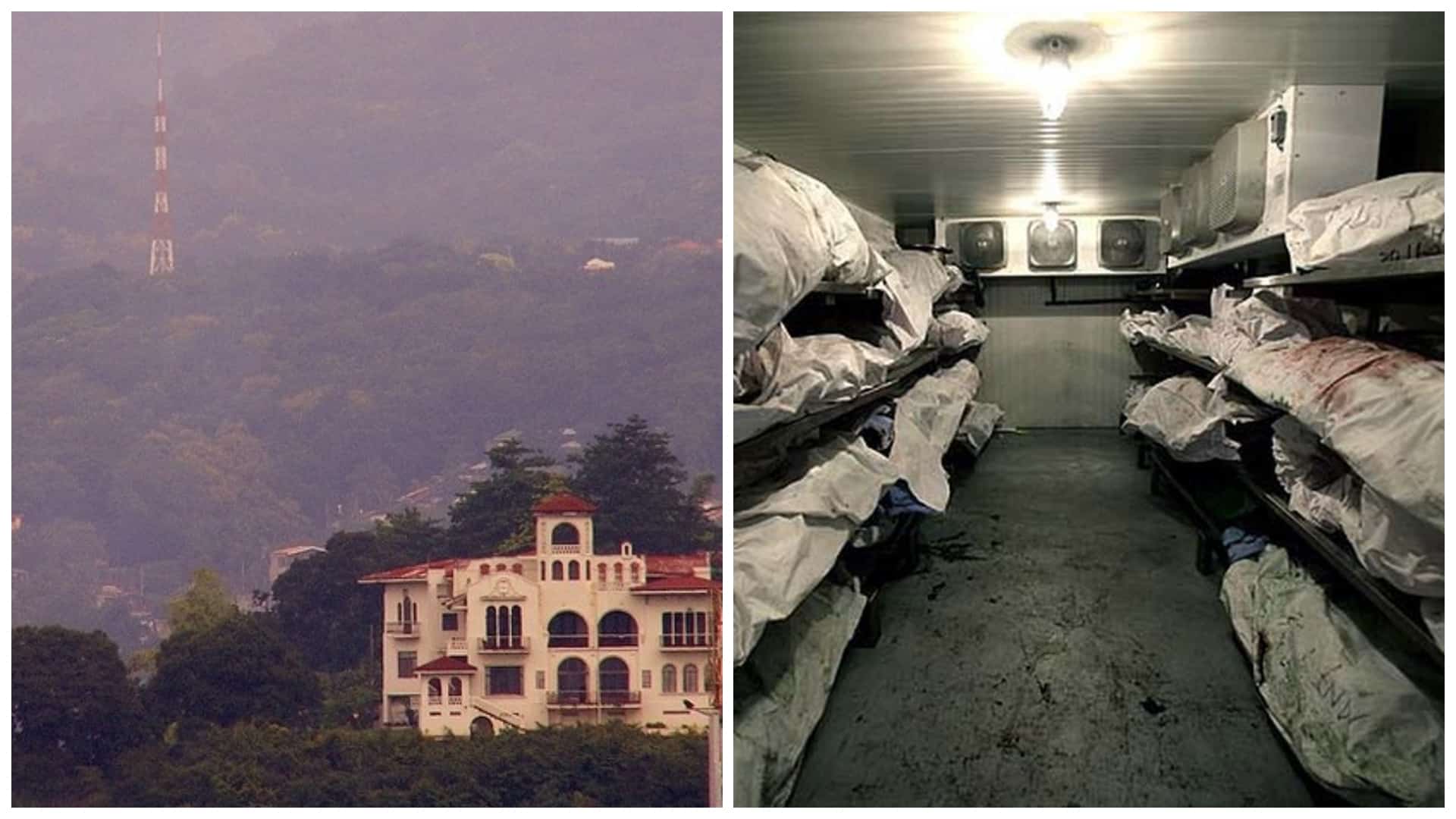 We all look for adventure and some of us even have a knack for the chilling ones. The ones that will get their hearts racing in fear and rattle their minds for the unseen and unknown.

May it be ghosts, restless souls or just plain unexplainable creepy happenings, they have alwasy been there.

I know we can’t help but scare ourselves for fun. It’s not yet Halloween, but quarantine did this to us. Enjoy, and keep the lights on.

Editor’s Note: Sugbo.ph does not, in any way, mean to defame any of the property or company mentioned in this article. The sole purpose of this content is merely to retell old, classic ghost stories / urban legends in Cebu.

This Villalon, also known as the “House on the Hill”, used to be the home of a rich Cebuano family. Since its vacancy, it has drawn many horror rumors and has become a popular “haunted house” in Cebu. Today, this is off limits. However, many had speculated strange things happening inside and around the mansion. At night, there are peculiar noises. There’s even a white lady spotted here.

This house had been a venue for many retreat and recollection activities in Cebu (until now). Some reported banging doors, aircon turning off by itself, and fingerprints found on the window glass during their stay at the house.

There is also a certain vacant room in the house which can’t be occupied. It is said that a nun hanged herself in that room a long time ago.

The Casa Gorordo, long before it was converted into a museum, was a family residence of the Cebu’s first Filipino bishop, Juan Gorordo. In 1934, the bishop died in the master’s bedroom.

Those who have stayed in the museum and took care of the house said they have seen an apparition of a woman sitting outside Casa Gorordo’s private chapel in the courtship field. According to the staff, the apparitions seen are not from the bishop but from one of his spinster sisters.

Casa Gorordo is one of the beautiful museums that Cebu is proud to have.

Built in 1730, the Museo de Parian or the Jesuit House is the oldest documented house in the Philippines.

This was a viral post during the Gabii Sa Kabilin 2014, an annual museum hopping and Cebu history celebration. The photo was taken during the event, second photo taken a few days after. Notice anything strange in the first photo?

One of the busiest streets in Cebu City, Escario St. has its story too. There used to be a 4-storey residential house but was converted into a hotel now. Based on the old stories, a lot of workers died during the construction, at least once in a month. Residents living in the vicinity attested “unusual activities” in the area, including hammering sounds as if someone was still working.

Another urban legend says there’s a ‘haunted’ pension house that’s just right across the Escario house. Employees and guests of the pension house said they have seen ghosts and white ladies — sometimes, they hear footsteps in the middle of night, and at times, unusual knocking on the doors.

In the mountains of Sudlon, Cebu, there’s a 3-storey hotel with a wooden structure. The hotel was built to accommodate members of a cult-like group known as the Moncadistas. At far, the hotel seems empty and abandoned but the attendant will tell you they are fully booked except for room number 13.

But the hotel is actually not abandoned and rumors say, the members of the group always have their cult ritual inside the hotel. It was also rumored that the person who built the hotel, died inside his hotel room.

Some say the hotel seems to have a lot of unusual activities — even though it appears the hotel is empty. A lot of eerie noises can be heard from the hotel too.

UP Cebu was founded in 1918 as a satellite unit of the main university in Diliman. The school’s main building was a witness of notable incidents in Cebu history, especially during the World War II where the Japanese Imperial Army used the structure as a stockade. Thousands of Filipinos died that time.

Today, some students said they witnessed paranormal activities in the campus late at night, and even during their classes. There was one student who said he saw a shadow of a man wearing chains outside their classroom.

Rumors also say the restrooms are also haunted. Every time a student come in, especially when alone, there’s an unusual knocking on the doors, lights turning off by themselves and screaming sounds from empty stalls.

This hospital was a silent witness of countless of deaths, including gruesome crimes such as murders. The hospital has its own morgue where you can see the dead bodies with black tags.

Their spirits are said to roam the hospital and at midnight and they play tricks not only to the hospital staff but also to the patients and visitors in the hospital. Another thing that makes it more scary is how they have a psychiatric ward.

One of the controversial, scary rumors in CNU was the horrifying possession of a student inside the CR. This happened when the girl looked at the mirror and saw a reflection of an indescribable-looking woman smirking from behind. She then acted hysterical, left the CR and just blankly stared at the ceiling — but stopped upon seeing the cross nearby.

The girl was then exorcised and found out there was a writing behind the mirror. They blessed it and replaced it with a new mirror.

Not too many people know USC South’s Minda Mora – The Rudolf Rahmann Cultural Center is haunted. Old stories say there was a girl who got killed by a guard late at night. The guard who was just doing his rounds thought it was someone else hiding behind the stage and recklessly shoot the girl dead.

However, some stories also say she was raped. Now, some students feel unusual activities and hear “a girl crying” whenever they practice in the theater.

Every funeral parlor has its cadaver holding room where dead bodies are stored and subjected for identification while also waiting for the relatives to claim the body.

During the devastating event of the sunken M.V. Princess of the Stars in 2008, at least 500 people died. 300 of the found dead bodies were brought here for a while, but only a few were identified at all. Since then, this has become a place where paranormal activities can be felt even at noon time.