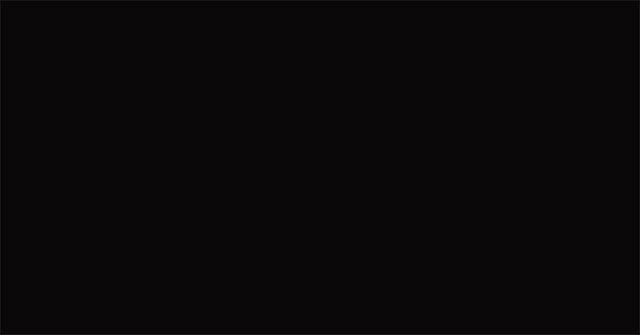 [Opinion] Anti-Terrorism Bill: Answers to Questions You Should Understand

Social media had been in flames ever since the Anti-Terrorism Bill has been introduced, and it has caused many political debates over why or why not the other party should support it. Amidst the panic of the pandemic, this bill has emerged and had made many anxious of its effects if it is to be applied. Many are upset about the implementation of the bill, and thus this article aims to help everyone understand why people are upset over it. But first, a bit of background.

What is the Anti-Terrorism Bill?

It is known officially as “The Anti-Terrorism Act of 2020”. According to its title, it is “an act to prevent, prohibit and penalize terrorism”. It was authored by Senators Vicente “Tito” Sotto III, Panfilo Lacson, Imelda “Imee” Marcos, Manuel “Lito” Lapid, Ramon Bong Revilla Jr., and Ronald “Bato” Dela Rosa. This bill will effectively repeal a bill tackling the same issue back in 2007, called the “Human Security Act of 2007”.

Why are people afraid of it?

Many argue that it couldn’t be a bad thing because its intention is good. However, many also argue that there are actually many reasons it could go wrong.

Under existing law, the act of wiretapping, or listening to and intercepting conversations of people susected to be terrorists, can only be done after the written order from the Court of Appeals. In Sec. 17, “Judicial Authorization, Requisites” it states that, “the Court of Appeals shall issue a written order to conduct [surveillance]…upon filing an ex parte written application by a law enforcement agent…who has been duly authorized in writing by the Anti-Terrorism Council (ATC)”.

In Sec. 29, “Detention Without Judicial Warrant of Arrest”, it states that, “…military personnel, who, having been duly authorized in writing by the ATC,…deliver said suspected person to the proper judicial authority within a period of fourteen (14) calendar days”.

In short, it effectively transfers a lot of power to the politicians of the ATC instead of the different judicial bodies and courts of the government. As the Human Rights Watch puts it, “The Philippine people are about to face an Anti-Terrorism Council that will be prosecutor, judge, jury, and jailer.”

If you aren’t a terrorist, why should you be afraid?

Many people ask this question against those who oppose to junk the bill. “Even if you protest against the government, it can’t be counted as terrorism because it is explicitly stated in Sec. 4 that the civil right to protest isn’t terrorism,” many would say.

Given that the ATC is the organization with the power to declare who is a suspect of terrorism, and given that the ATC is a government body, this can be heavily misused by this body against their political enemies. After all, the police has a history of planting evidences, including the planted evidence on the murder of Kian delos Santos back in 2017, or the planted evidence on the murder of former soldier Winston Ragos. Most recently, unknown people have made dummy duplicate accounts of many Facebook users who have been vocal against the bill. It is very dangerous when police and civilians alike can plant evidences because even if you have done nothing wrong, the ATC has the power to determine you suspicious.

Can people really be jailed without a warrant?

Yes. It is stated in Sec. 29, “Detention Without Judicial Warrant of Arrest”, although prior to this bill, it is still possible for this to happen. According to the Human Security Act of 2007 (HSA), a suspected person may be arrested without a judicial warrant, but this still raised some controversy over the ethics of this provision. However, what’s new now is that instead of a three-day detention mandated in the HSA, the new bill proposes to extend the detention to 14 days and can even be extended by 10 days if it is necessary to preserve evidence. That is a lot of time to spend on with the presumption of guilt, i.e. “guilty until proven innocent”.

Is this article proposing to junk the bill?

Again, I reiterate that the aim of the bill is good-willed, however by the procedure on how the bill is going to tackle the threat of terrorism, it needs to be reworked so that the political body should not have a lot of power over choosing who gets to be a terrorist and who doesn’t. This can be used wrongly when fallen into the wrong hands. Presumption of guilt should also be removed as it obstructs the civilian right to be innocent until proven guilty.

Many would say that, “if the problem is that politicians will use the bill in a corrupt manner, why tackle the bill and not the politicians?” However, keep in mind that the current government, the politicians the opposition has a problem with, will still run the country for the next two years, and two years is a big difference.

FULL TEXT OF THE ANTI-TERRORISM BILL:

This article is not saying that if the government passes the bill, everything will go in mayhem or that if the government junks the bill, peace and prosperity will return to the country. After all, there are a lot of social issues concerning the bill. This article aims to help the reader understand why people are against it and give some insight. A healthy discourse with an open mind can make a difference.

The views and opinions expressed in this article are those of the authors and do not necessarily reflect the official policy or position of Sugbo.ph and the company.