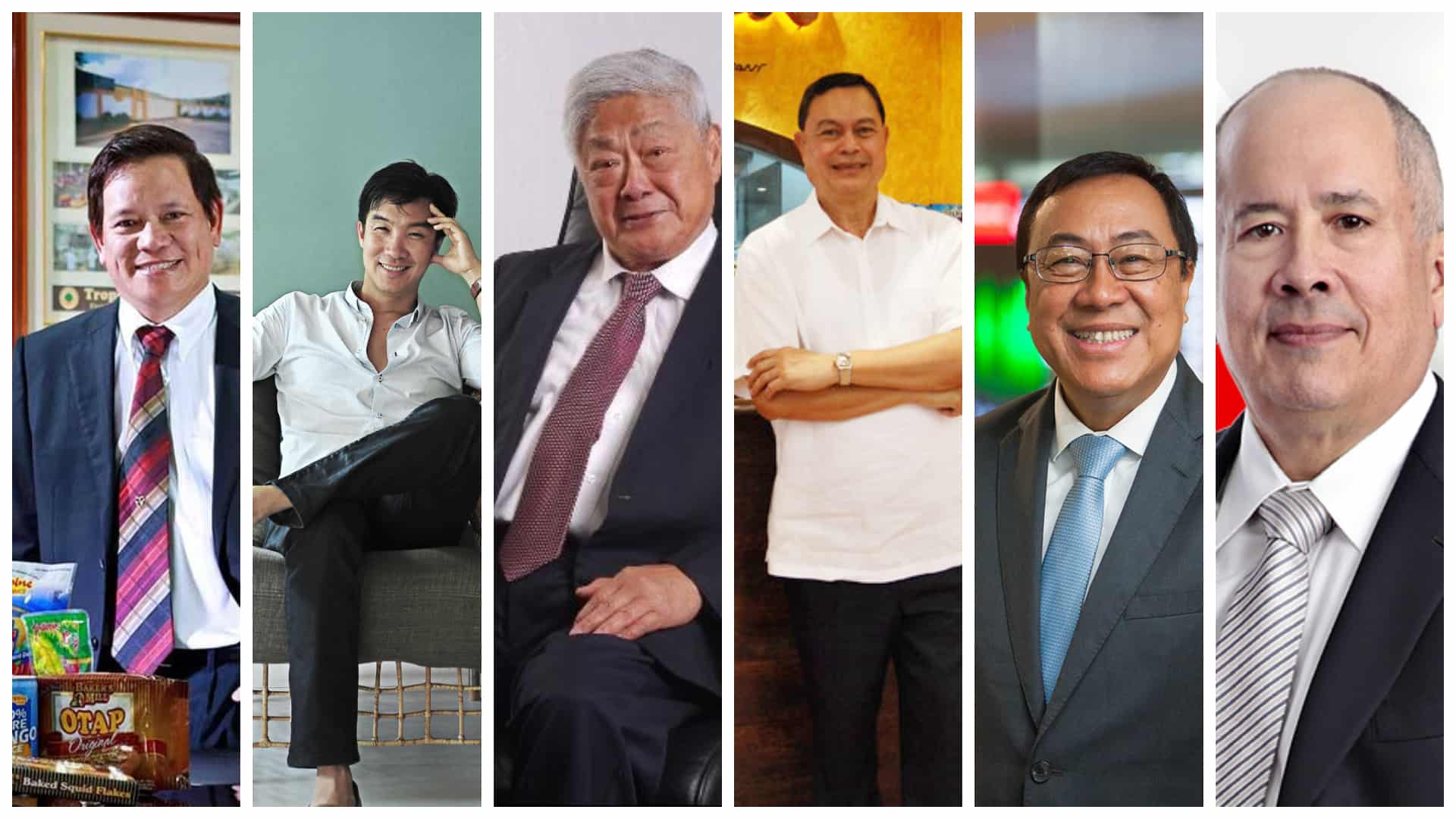 Success is a term that cannot be defined easily simply because its definition may differ from one person to another. For example, my friend believes that success is when you get to relax in a house somewhere in the province far away from the city life. Another friend of mine sees success as having the luxury to buy whatever you want.

Kenneth Cobonpue is a multi-awarded furniture designer and manufacturer from Cebu, Philippines. His passage to design began in 1987, studying Industrial Design at the Pratt Institute in New York. While completing his studies, he apprenticed for a leather and wood workshop near Florence, Italy. He went on to study Furniture Marketing and Production at the Export-Akademie Baden-Württemberg in Reutlingen, Germany, under a private and state scholarship program, and subsequently worked in Bielefeld and Munich.

Awards to his credit include five (5) Japan Good Design Awards, the grand prize at Singapore International Design Competition, the Design for Asia Award of Hong Kong, the American Society of Interior Design Top Pick selection and the French Coup de Coeur award. Several of his designs were selected for several editions of the International Design Yearbook published in London and New York. Phaidon’s book entitled “& FORK” underscores Kenneth’s position as a leader of a new movement incorporating new technologies with crafts. In 2007, TIME magazine called him “rattan’s first virtuoso.” Kenneth was named the Designer of the Year in the first edition of Maison et Objet Asia held in March 2014 in Singapore.

Kenneth reveals new work each year in design shows from Milan to New York, and he speaks regularly about design all over the world. He has also appeared in European television and in countless international magazines and newspapers around the world. Various Cobonpue designs have also appeared in full-length feature films and television, such as Oceans 13 and CSI.

Cebuano entrepreneur Justin Uy is known as the Philippines’ Mango King being the organizer of one of the best Filipino food trading company today, Profood International Inc.

Profood sells dried/processed fruits, including juices, in local and international markets across 54 countries. Its core product is dried mangoes, which has been expanding in the global market year on year.

The 59-year-old businessman shared his four values in life: time, family, knowledge and value for money.

Prior to establishing Cebu Landmasters in 2003, he worked for the Ayala Group of Companies for over 23 years. His experience included various stints with Ayala Investment, Bank of the Philippine Islands and Ayala Land, Inc. He was part of the pioneering group that established Cebu Holdings, the Ayala Land subsidiary in Cebu City, where he led various vertical and horizontal developments, and played an integral part in the development of both the Cebu Business Park and Cebu IT Park – urban redevelopments that have proven vital to Cebu’s economic present and future.

He rose through the ranks to become Senior Division Manager at Ayala Land and Vice-President of Cebu Holdings. Joe brings not only his extensive Real Estate Development experience to Cebu Landmasters, but also his passion to positively impact cities and communities through masterfully-planned and executed developments.

Joe also recognizes his role as a member of the Cebuano community. He has served as president of the Rotary Club of Cebu, president of the Chamber of Real Estate Builders Association (CREBA), and is currently the Chairman of the Board at the Center for Industrial Technology and Enterprise (CITE), a socially oriented institution that offers technical training to less privileged youth.

Joe graduated with an AB Economics Degree from the Ateneo de Manila University in 1976, and completed the Strategic Business Economics Program (SBEP) at the University of Asia and the Pacific. In July 2015, he became an alumnus of the Harvard University Graduate School of Design after completing the Advanced Management Development Program in Real Estate.

In the early 1950s, along with his brothers and sisters who returned from China, he started to import cigarettes and whiskey too. By 1957, seeing that trading would always have low margins and would always be dependent on government policies, the family concern shifted towards manufacturing. With a loan of 500 thousand pesos from Albino Sycip, then chairman of China Bank, and Dee K. Chiong, he started a corn milling plant producing glucose and corn starch. The company was named Universal Corn Products (which later evolved into Universal Robina Corporation). San Miguel Corporation was a big customer of theirs.

In 1977, Gokongwei earned his MBA from De La Salle University. A decade later, he attended a 14-week advanced management program at Harvard.

In November 1990, Gokongwei incorporated JG Summit Holdings as his publicly-listed holding company. In March 1996, Cebu Pacific Air began operations. In 2010, the airline underwent major refleeting with a $3 billion order with Airbus. From 2003, his telecom company Digital Telecommunications Philippines spent nearly $800 million for its mobile carrier, Sun Cellular which is the 3rd largest mobile operator in the Philippines at that time before selling to the PLDT group for $1.7 billion. He attempted a $1 billion takeover of United Industrial Corporation Ltd (UIC), a property giant from Singapore of which he owned in excess of 30%. UIC controls Singapore Land, one of the biggest property landlords in Singapore.

In 2013, his company bought the stake of San Miguel Corporation in MERALCO, the largest power distributor in the country, for close to $1.8 billion. In July 2014, Universal Robina acquired Griffin’s Foods from Pacific Equity Partners, a New Zealand food company for $609 million.
He also owned Robinsons Retail Holdings, Inc. and Robinsons Land Corporation.

The Gokongwei family controls over $20 billion of combined market capitalization for all the companies they own.

Founder and chairman of the M Lhuillier Group of Companies, Michael Lhuillier is known as the country’s ‘Pawnshop King’.

Aside from his popular pawnshop business, the French-born Cebuano businessman also owns other business in various industries such as food and beverage, tourism, financial services, retail, and real estate, among others.

Lhuillier is the owner of the famous French restaurant La Vie Parisienne in Lahug, the world-class Cebu Safari Adventure and Adventure Park in Carmen, a beach resort in Sogod, among others.

Frank S. Gaisano is the Chairman and CEO of the Metro Retail Stores Group, Inc. (MRSGI). Before his appointment, he served as the company’s Director from 2003 to 2011.

As Chief Executive Officer, Gaisano is widely recognized as one of the country’s innovative and forward-looking leaders in the retail industry.

He received his Bachelor of Science degree in Civil Engineering from the Cebu Institute of Technology, and has completed several courses at the Institute of Corporate Directors.

Augusto Go, president of the University of Cebu (UC), kept this thought in mind and succeeded by combining business and education in his own radical way.

In 1964, Go created a balance between business and education by starting UC, believing that the quality of Philippine education is on a decline. He rendered UC a student-friendly school by providing numerous teaching aids, computers, and speech labs for its students.

Go’s University of Cebu is now the country’s largest private university with more than 50,000 students in over 44 campuses, who basically helps Go run his hospital business, UC Medical.

Go is also the president of Cebu Eastern College. He is chairman of the board of the College of Technological Sciences-Cebu and a member of the board of Sacred Heart School-Jesuits as well.

He is also Chairman of Aboitiz Foundation, Inc. and on the board of 19 other companies.

He received an undergraduate degree from Gonzaga University.

Bunny is one of Cebu’s most successful entrepreneurs. He was selected as the Entrepreneur of the Year in 2015 by the Cebu Chamber of Commerce and Industry. He also received the Outstanding Cebuano Award from the Cebu Association of Media Practitioners, Inc. in 2018.

As chairman and CEO of the Pages Group, he maintains a growth mindset and encourages his children and staff to innovate, learn from mistakes, and thrive. He is a productivity powerhouse who makes sure he closes open loops as soon as he can. He is the group’s No. 1 salesman, never failing to put customers’ needs first. That number on every Thirsty cup? Text or call it and Bunny would be at your service.

Known as Cebu’s “souvenir virtuoso,” Jay Aldeguer is considered as one of Cebu’s most creative and innovative entrepreneurs. To this day, the founder and chairman of “The Islands Group” continues to introduce fresh and exciting ideas and encourages people to think and act global.

After a backpacking trip in Europe, he came up with the idea for Island Souvenirs. Introduced in early 1992, Island Souvenirs completely revolutionized the way souvenirs are presented. Today, the most awarded retail concept in the Philippines continues to dominate the souvenir industry.

Learn more about him at TBP Podcast: http://thebigpicture.ph/episode44/