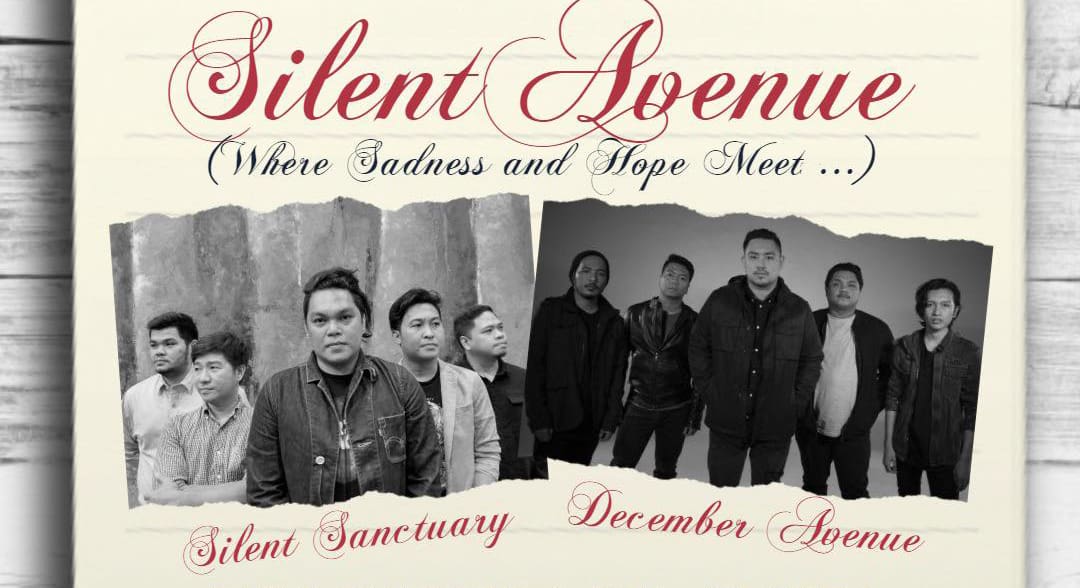 A night where sadness meets hope, at Silent Avenue.

Two of the country’s hottest OPM bands today — December Avenue and Silent Sanctuary — collaborate for one unforgettable concert on August 31, 2019 at the IEC Convention Center.

Silent Sanctuary is a 4-piece Filipino rock band that was formed in Metro Manila, Philippines in 2001. Five studio albums have been released by the band throughout its career. They are the band behind the hit songs: “Pasensya Ka Na”, “Kundiman”, “Sa’Yo”, among others.

And the winners are!

TO THE WINNERS: Message us on our Facebook Page with your valid ID. Thank you!