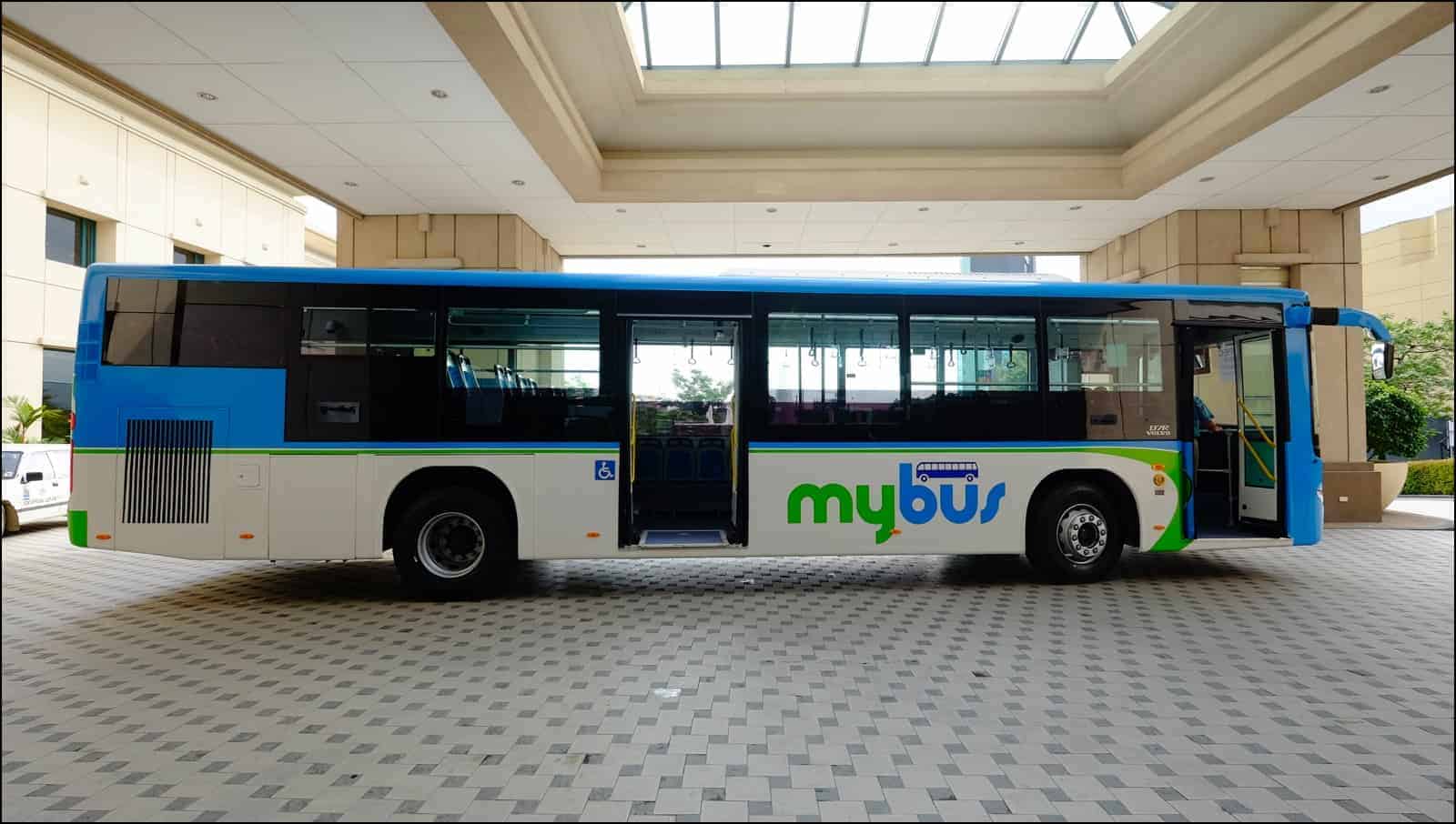 While the Bus Rapid Transit (BRT) is on the works, SM Prime and Jam Liner launched a consortium of public transportation via the Cebu myBus not just to somehow alleviate the worsening traffic in Cebu but also to accommodate the public to pass through Mactan International Airport and South Road Properties (SRP) where the new SM Seaside City Cebu is located.

The Cebu myBus is PWD-friendly, GPS and CCTV-enabled making it a safe, secure and friendly transport service around Cebu. It can can accommodate 42 to 90 passengers, including standing passengers.

On-board tapping (Automated Fare Collection) has been implemented on most buses. For the convenience of all, myBus encorages the use of 1 myBus card per passenger. In the meantime, multiple tapping on a single card will still be allowed.

Some buses accept cash payment (no change policy), but it’s recommended to avail the myBus card especially for frequent commuters.

For PWDs, Senior Citizens and Students, register your cards to avail discounts at SM Seaside Office or SM Cinemas at both SM City Cebu and SM Seaside City.

WHERE TO BUY & RELOAD?

You can buy or reload your myBus or ePLUS cards at:

Note: You cannot reload your cards in any of the bus. You need to make sure your cards always have enough load.

December 2019: By end of December, at least 40 MyBus will ply from/to SM City and Minglanilla (end of route is at Anjo World Theme Park).