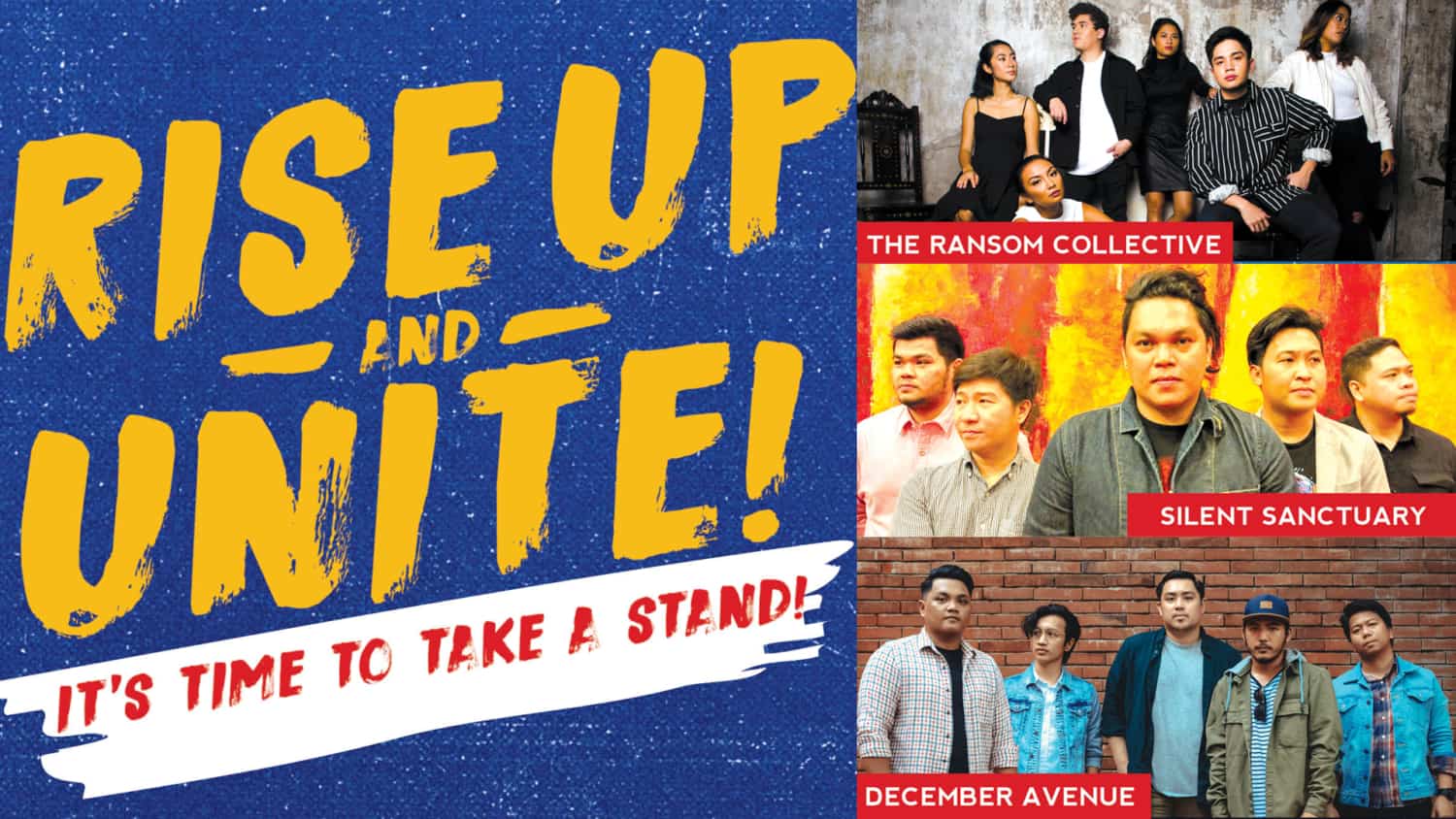 Mark your calendars! Three of the country’s hottest OPM bands — The Ransom Collective, December Avenue and Silent Sanctuary — join forces this November 11, 2018 for the Rise Up and Unite Concert, an advocacy concert for the Cebuanos and a celebration of our love for OPM, at the Southwestern University – PHINMA Open Grounds in Urgello St., Cebu City.

One of the beneficiaries of this event is Cebu Mental Health Week, an organization that aims to raise awareness, and eliminate the stigma and encourage the youth to advocate for mental health. This is also in partnership with SK Cebu in support for their outreach program project for Naga, Cebu. 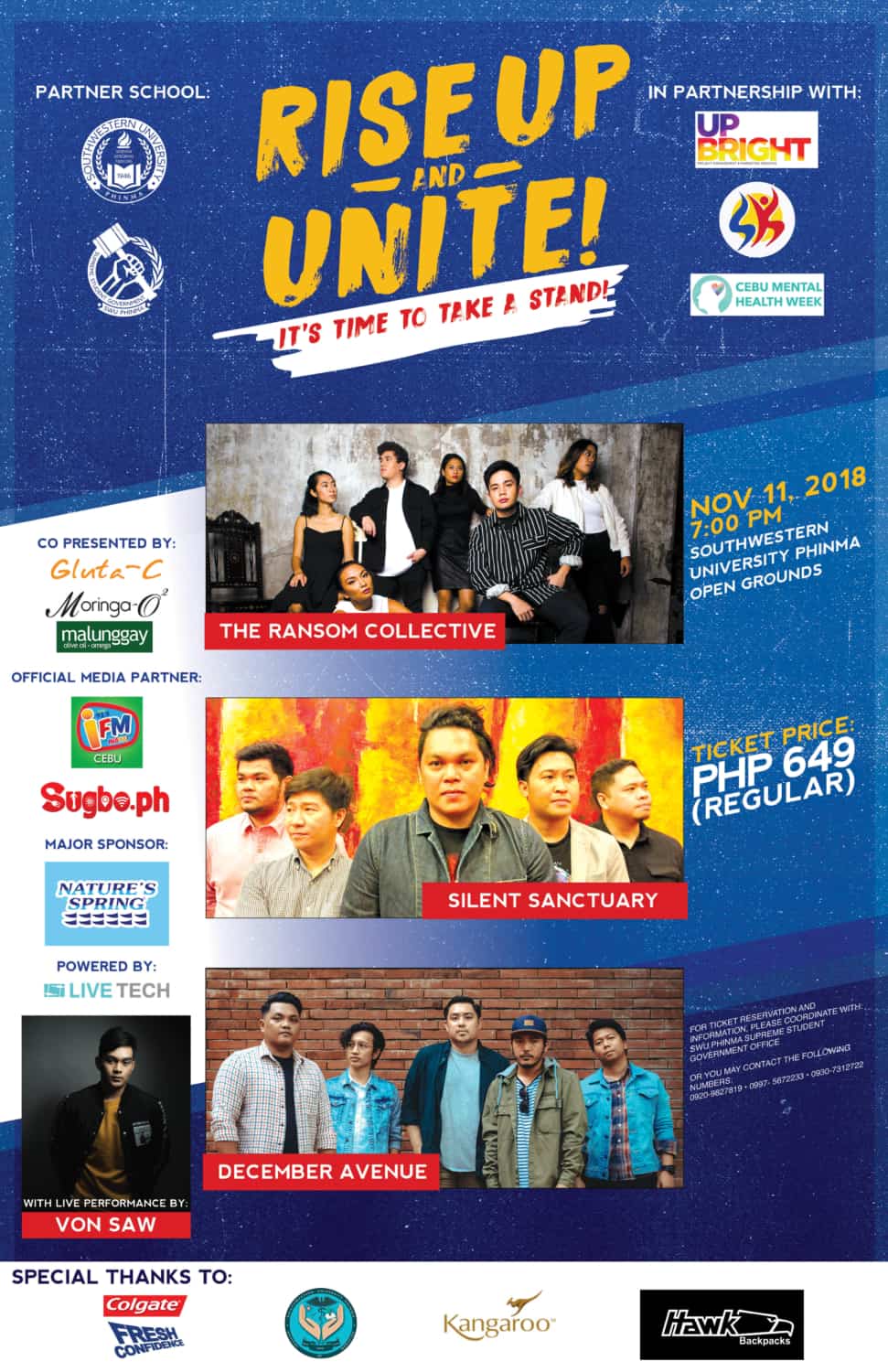 BY JEEPNEY: Ride any jeepney passing through Urgello St. Or:
– 01K from SM City / Emall
– 09F from Basak (Quiot) / Colon

BY CAR/GRAB/TAXI: Navigate with Waze or Google Maps and pin your location to “Southwestern University PHINMA”.

Social awareness is defined as being aware of the problems that different societies and communities face on a day-to-day basis and to be conscious of the difficulties and hardships of society. As we improve social awareness, we also improve our experience of life, create opportunities for better work study life balance, become aware of other peoples emotions, and improve our ability to respond to change. Social issues include poverty, racism, bullying, opportunity inequality, mental health awareness, homelessness, LGBT issues, anti – abortion, education and much, much more. Anything that negatively affects people within a society, that people care about, can become a social issue.

The Rise Up and Unite advocacy concert aims to achieve and to reach out to the youth of today through music and arts. Most of us know the feeling of being moved by a work of art, whether it is a song, a play, a poem, a novel, a painting. When we are touched, we are moved; we are transported to a new place that is, nevertheless, strongly rooted and is a tool for expression. That is why arts and music is so powerful.

Silent Sanctuary is a 4-piece Filipino rock band that was formed in Metro Manila, Philippines in 2001. Five studio albums have been released by the band throughout its career. They are the band behind the hit songs: “Pasensya Ka Na”, “Kundiman”, “Sa’Yo”, among others.

The Ransom Collective (also known as TRC and originally known as Kian Ransom) is a Filipino indie folk band based in Manila, Philippines. The band is best known for winning the first place at Wanderland Music and Arts Festival’s pre-event Wanderband competition last January 2014 and played at Wanderland 2014.