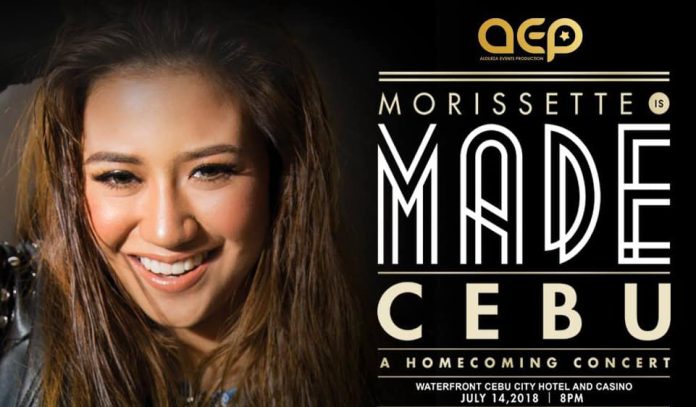 Asia’s Phoenix is coming home to serenade the Queen City of the South.

Morissette, a native of Cebu, is doing a homecoming concert titled “Morissette Is Made” at the Waterfront Hotel and Casino in Cebu on July 14 at 8 p.m. It is the first major solo concert of the Filipino pride in Cebu.

“It is a dream concert for me. I cannot wait to sing for my fellow Cebuano’s”, says Morissette of her Cebu concert, which comes on the heels of her successful, sold- out concerts in Araneta Coliseum and Binan City recently.

Morissette has recently released her new single titled “Panaginip”. Her fans will hear her perform her new song as will as Cebuano songs.

Touted as the most awaited concert of the year, “Morissette Is Made”, which will also have some special guests, is also a birthday concert of sorts for the lady singer earned the moniker Asia’s Phoenix.

“Morissette Is Made” is directed by Paulo Valenciano. Adonis Tabanda is the musical director.

This concert is produced by AEP- Aldueza Events Production of Mr. Glenn Aldueza and co- presented by Waterfront Hotel and Casino and Wish 107.5. 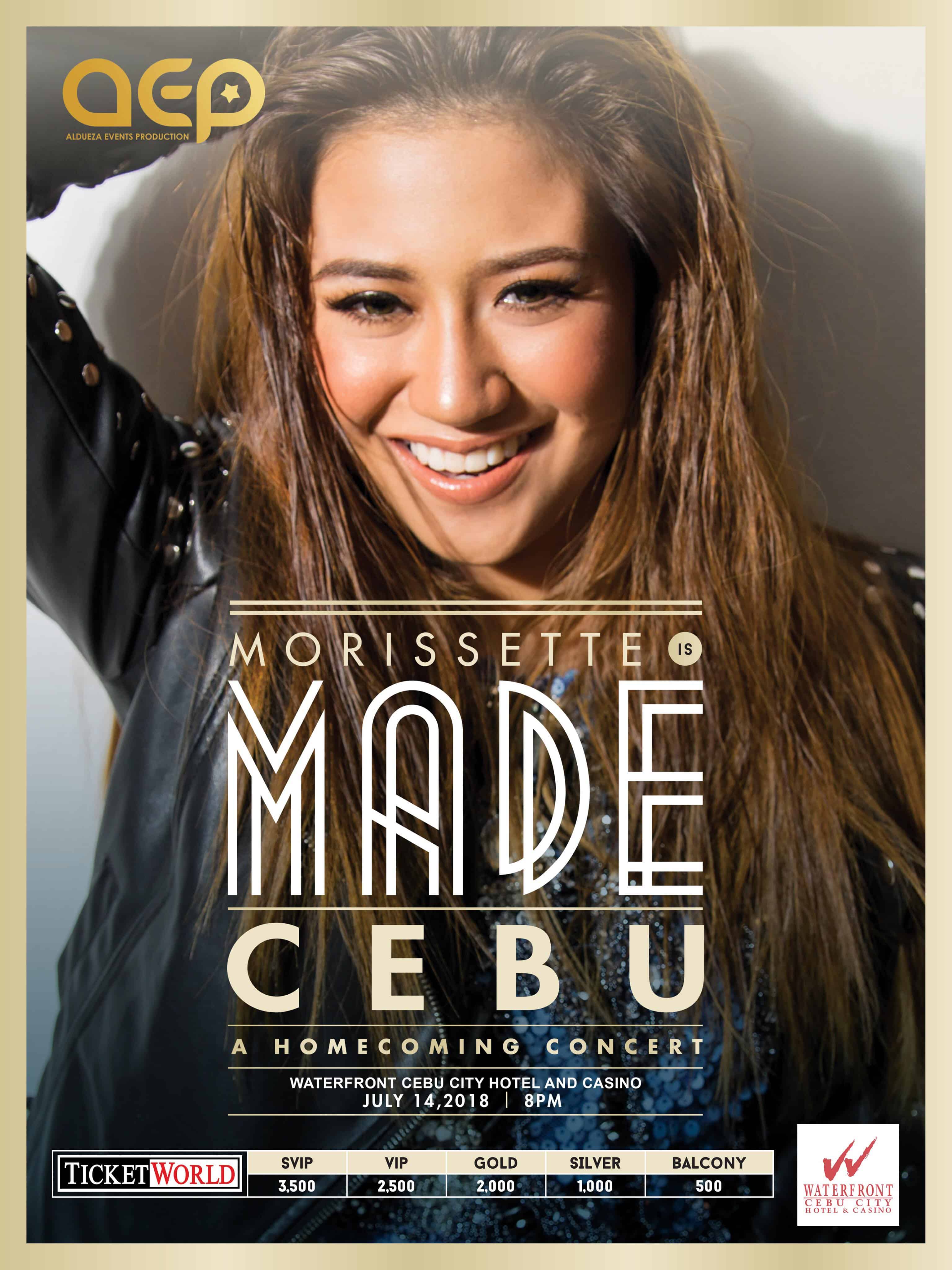 Please message us on Facebook before 11AM tomorrow (July 13) – otherwise we’ll raffle another one tomorrow afternoon. You are the only authorized person (reflecting the announced name) who can discuss with us on how to claim your tickets. Congratulations! ;)