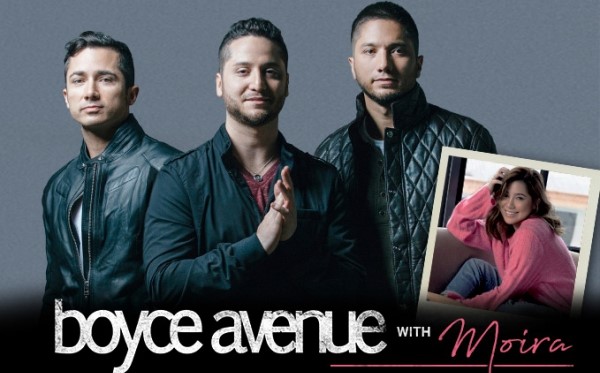 THE “BOYCE” ARE BACK. The most viewed independent band in the world on YouTube, Boyce Avenue is coming back in the Philippines for a concert in Manila on June 1, 2018 and in Cebu on June 2, 2018 – together with well-loved Filipino singer, Moira.

Boyce Avenue is comprised of the three Manzano brothers – Alejandro (lead vocals, guitar, piano), Fabian (guitar, vocals) and Daniel (bass, percussion, vocals). The Florida-based band was formed in 2004, and in 2007 they started posting videos on YouTube sharing not only their original songs, but also their distinctive acoustic covers with the world.

Joining them on this concert is MOIRA, one of today’s favorites and one of the breakthrough singers of 2017 after winning the Himig Handog 2017 with her song “Titibo-Tibo”. 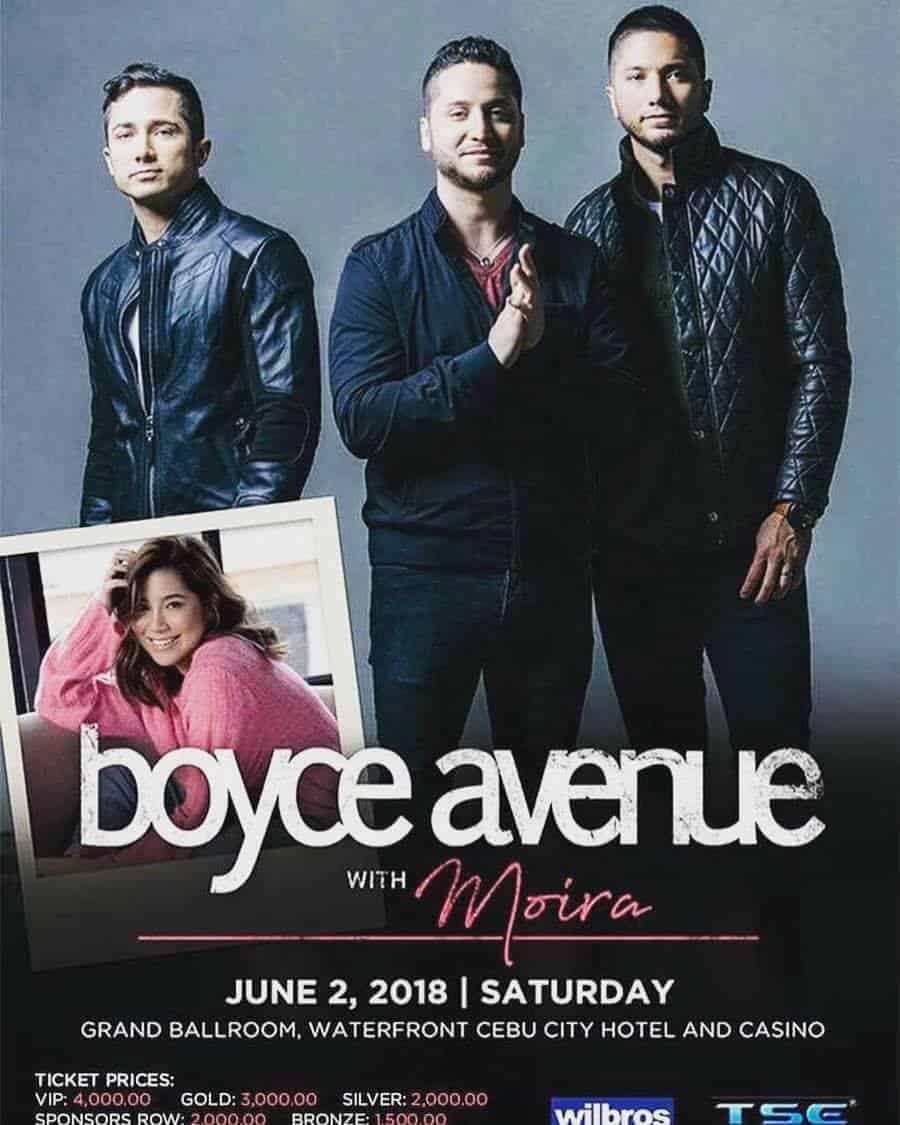