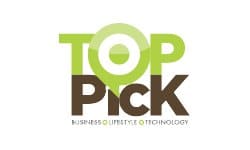 In 2008 when Studio 23, an affiliate of ABS-CBN, launched its regional network programming, GURU Ads & Marketing Consultancy jumped at a chance to showcase TOP PICK: Business + Lifestyle + Technology. Top Pick was the only regional program to-date to get endorsements and feature such as Silk Air and Cathay Pacific. The success of the show has been resounding because of the viewing public’s response being positive, encouraging and inspiring us to deliver quality episodes.

This 2016, after successfully airing 3 seasons of Top Pick, a new different level is set for TOP PICK: Business + Lifestyle + Technology, to be the country’s first and only quad media show to be aired on TV, published on newspaper, heard on radio and engaged on social media.