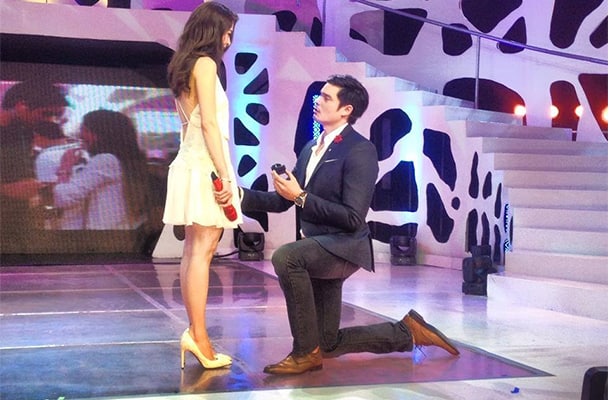 Public wedding proposals — we have been seeing them everywhere lately, from ordinary people to celebrities. Especially for public figures, just few moments after the girl says yes, the proposal video gets uploaded in social media in a flash and will then be all over the news. This kind of grand gesture by men takes a lot of courage in a lot of ways, that’s why it’s greatly admired by most women. Here are the popular marriage proposal videos of local celebrities that will surely make you kilig.