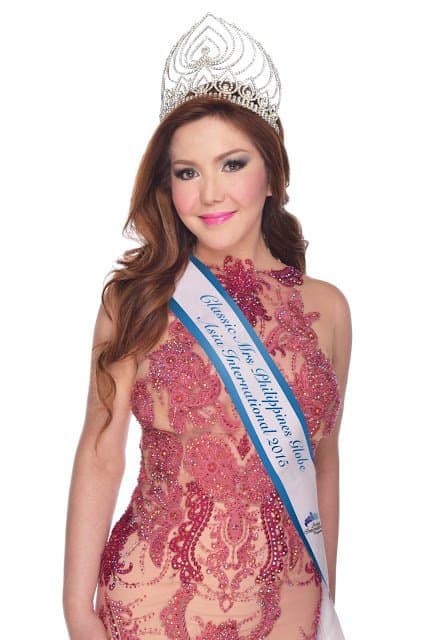 I held my breath when the doors of the Cervantes and Sancho Panza Function Room in Casino Español de Cebu opened. Applause from the media people, and murmurs like: “Gwapa man jud diay siya oy” and “Gwapa jud siya noh?” were just some of the praises I’ve heard when she walked in. I just sat properly and locked my eyes to the lady wearing such sparkly crown. But wait, it was not the crown that I first noticed. It was the aura of the function room that changed. The aura of this specific lady is really just so mesmerizing.

Ladies and gentlemen, I am talking about the newly crowned Mrs. Asia International 2015. And, she is no other than the proud mom of three (3), Jennifer Helen Weigel. A lady with class and such great finesse is how I define her. A lady with class who walks with elegance and sits like a queen but, talks like a lawyer. Yes, you just read it right. She is fierce and fearless and that’s what made me admire her more. Per her; “I just want to be honest. I am frank.” And, wouldn’t we want someone who’d be an epitome of honesty? Well, Mrs. Weigel is surely a beauty queen to be admired.

Mrs. Jennifer Helen D. Weigel just made a history after being crowned as Classic Mrs. Asia International Metropolitan 2015 in Kuala Lumpur, Malaysia last 13th of June, 2015 at Galaxy Hall – HGH Convention. She won the Best in National Costume designed by her fellow Cebuano, Philipp Tampus and is now the Classic Mrs. Asia International 2015 Ambassador. Aside from the National Costume, she also walked with such poise and grace in the evening gown competition. She wore an intricate gown designed by another Cebuano, Cary Santiago. 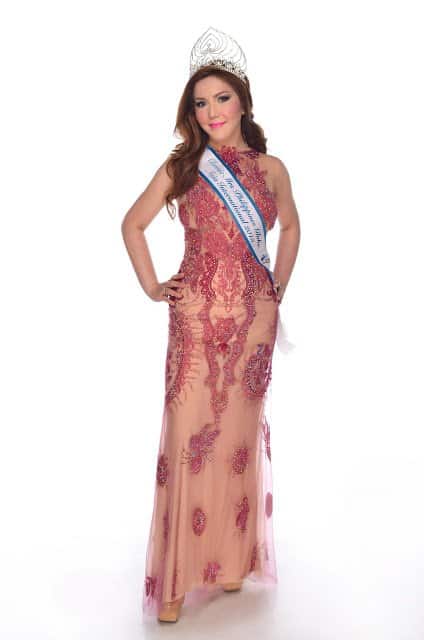 She surely did such great job. So when we were given the chance to ask questions, I didn’t think twice. I raised my hand and asked the first question. As a matter of fact, I had goosebumps when she answered my question (After winning Mrs. Asia International 2015, what’s next for Mrs. Jennifer Helen Weigel?) with; “I just want to focus with my family first. I have 3 kids and I need to focus to them.” Surely not defeating the purpose of being called a MRS. and a mom.

Throughout the Press Conference, I have always heard her say: “The competition was tough,” “It was my first time to join a pageant,” and “I didn’t really want to join at first.” But, look at where she is right now. From that shy lady (per her), to this renowned beauty queen and is already a master of her craft. What more could she ask for, right? Yes, she can really the NA SA’YO NA ANG LAHAT kind of lady but, when I asked her what has changed? She said: “Nothing.” That word was the only thing she uttered when asked and answered without any hesitation. She surely knows how to keep herself grounded.

And though she already made a name for herself since she has been a Best Dressed for the Philippines, she still considers herself as an individual. She never let these achievements cloud her mind and keeps her feet on the ground. So to those aspiring beauty queens out there but are too shy to at the least try, these are the words from Mrs. Jennifer Helen D. Weigel herself: “Believe in yourself. Trust in God. Be strong because you can do it!”