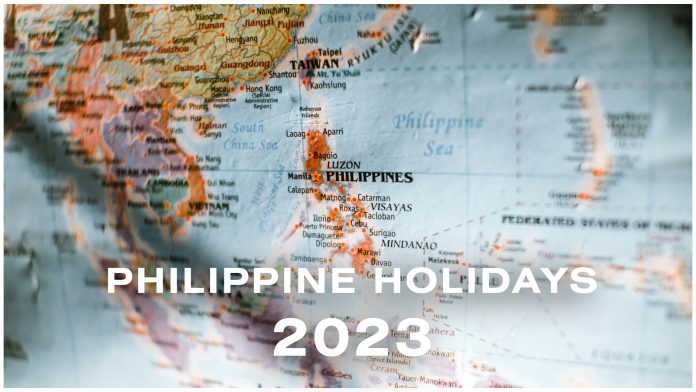 A new list of regular and unique non-working holidays was announced by Malacañang on Wednesday. Some dates had been changed to support the “holiday economics” that had previously been put into place under Gloria Macapagal Arroyo’s presidency.

In President Ferdinand Marcos Jr.’s Proclamation No. 90, some holidays were adjusted “under the principle of holiday economics,” where they aimed to boost domestic travel and tourism revenue in the country.

Some of these include April 10, 2023, a regular holiday to mark Araw ng Kagitingan, which falls on a Sunday. He also changed Bonifacio Day’s normal holiday to November 27. In addition, January 2, 2023, will be a special non-working day in honor of New Year’s Day, which occurs on a Sunday, and “in observance of the Filipino tradition of visiting relatives and spending time with their families.”

Moreover, he designated December 31, 2023, and November 2, 2023, as special non-working days, thereby reversing the position taken in the latter years of the previous administration of President Rodrigo Duterte in which All Souls’ Day and the final day of the year were not declared holidays.

With that, here is the list of the regular holidays for 2023:

For the declaration of holidays in observance of Eid al-Fitr and Eid al-Adha, the Malacañang will post two separate declarations after the National Commission on Muslim Filipinos makes a recommendation about the timing of these certain Islamic holidays.

For advertising inquiries, kindly directly email Sugbo.ph at [email protected].
Previous article
Start your 2023 right with these 5 New Year’s Resolutions
Next article
Chinese Horoscope: 2023 Guide to the Year of the Rabbit