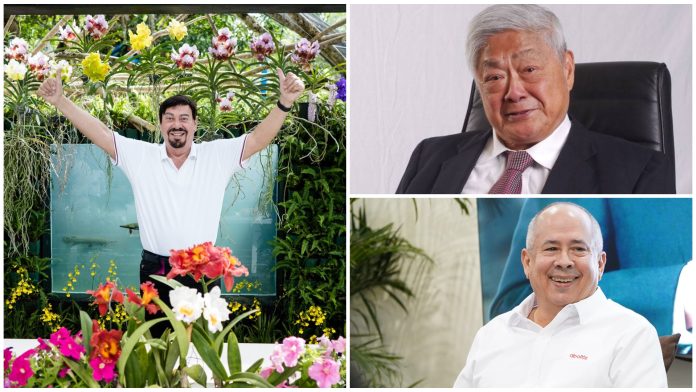 Cebu is known for its white-sand beaches, crispy lechon, underwater activities and so much more. However, apart from the aforementioned, Cebu has a lot to offer, especially when it comes to the economy. It’s not dubbed as the country’s second-largest city in the country for nothing.

With that being said, enlisted below is the list of the movers and shakers from Cebu who have helped in shaping the economy of our country.

Dubbed as the country ‘Pawnshop King,’ Michel J. Lhuiller is a French-born businessman who has businesses in several industries; food and beverage, tourism, financial services, retail, and real estate, among others.

Michel Lhuillier is the founder and chairman of the M Lhuiller Group of Companies and acts as the chairman of Cebu Provincial Sports. He is also an honorary consul of France in Cebu.

John Robinson Lim Gokongwei Jr. is a businessman, investor, and philanthropist who has a conglomerate company, JG Summit Holdings Inc.

His businesses have extended far beyond Cebu, but he was born and raised in the Queen City of the South. Though he was born with a golden spoon, his father died when he was 13 making him peddle items to sell to make ends meet. He then engaged in trading as well which eventually led to his success in 1957.

Currently the president and chief executive officer of the Aboitiz Equity Ventures Inc., he “transformed the once family-owned business into a publicly-listed conglomerate currently with more than 20,000 employees and, as of the first half of 2013, a consolidated net income of P11.9 billion.”

He is the grandchild of the Aboitiz patriarch Don Ramon Aboitiz who holds a Bachelor of Science degree in Business Administration with a major in Accounting and Finance from Gonzaga University in Spokane, Washington.

Jack S. Gaisano is a Director of Metro Retail Stores Group, Inc. (MRSGI).  He previously held the position of Chairman and President from 2003 to 2011. He also served as Director for Vicsal Securities and Stock Brokerage, Inc. from 1989 to 2009.

Andrew Lo Gotianum was a Filipino businessman and investor who was best known for running Filinvest Development Corporation and East West Banking Corporation. He was born in Cebu who was dubbed as the “child of Chinese immigrants who established a thriving trading business in Cebu.”

After Andrew Gotianun passed in 2016, his wife became Chairman Emeritus and senior adviser to the Board of Directors.

Under its management also is the AD Gothong IT Center, an eight-story IT, tower fitted and designed for BPO offices, situated in the same area.

Margaret Gaisano Ang has been a Director, Corporate Secretary, and Treasurer of MRSGI since 2003.

To those who do not know, Bernie Liu is the founder of Penshoppe who started as “an architecture student who decided to venture into an informal business of designing and producing t-shirts for school and corporate giveaways using the modest-sized garment factory owned by his family. When he graduated and passed the board, he only briefly worked for the family’s lumber business because he realized the potential of branded retail prompting him to return to their garments business.”

In 1986, he proposed to his parents to shift their garment manufacturing company into a fashion retail enterprise. Now, Penshoppe has over 800 stores around the world.

Atty. Augusto “Gus” Go is the son of Manuel Gotianuy. Manuel is the founder of Visayan Surety & Insurance Corp. Go also founded the University of Cebu and is the chairman of Toyota Cebu City.

In 1987, he was appointed as the vice mayor of Cebu City and was dubbed as “the man who makes education accessible to those who have less in life.”

Currently, the chairman and president of Cebu-based Philippine Spring Water Resources Inc. (PSWRI), the Luas entered the business of hospitality as well through Bai Hotel.