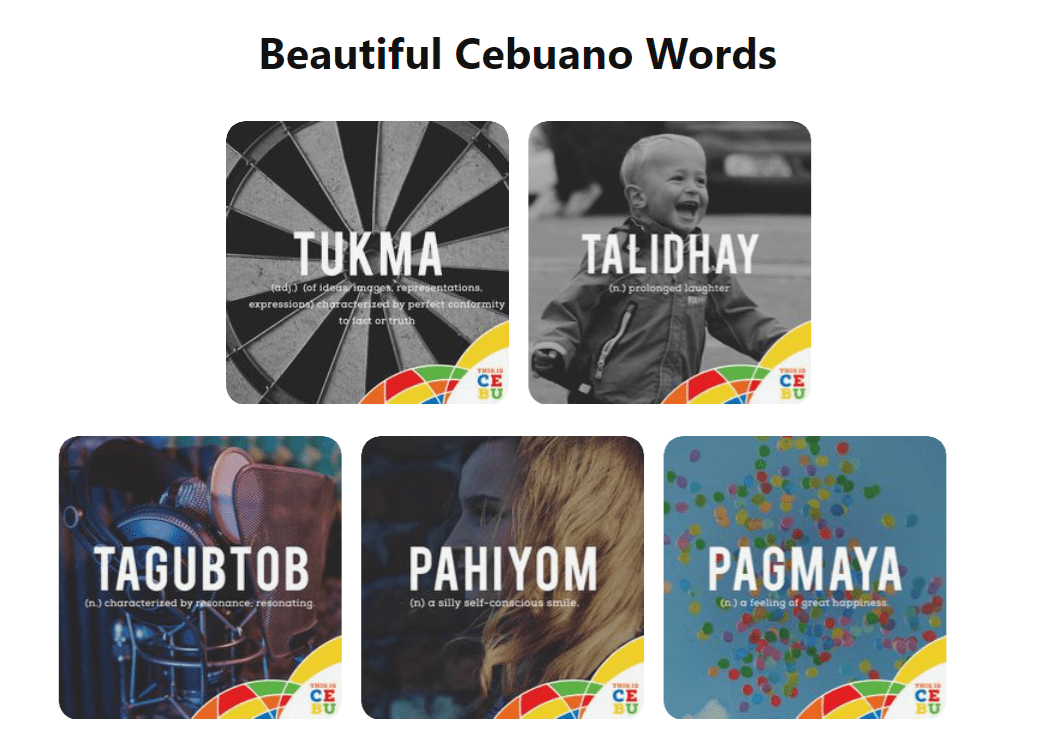 Bisaya/Cebuano/Visayan is a dialect spoken as their mother tongue by more Filipinos in the country than the actual national language, more particularly in Visayas and Mindanao.

And though this still holds true, it has quite evolved during the years that some of the old words spoken are slowly being forgotten or entirely lost. A great reason for it is it may have been replaced by new words or a slang by the present generation.

As the world change so does the language spoken, may it be new words or mixed words. Now, there are just a few who knows or remembers these old words and not surprisingly most of them are the old folks.

Come take a scan on our list and see if you can recognize them. Some of them you might have encountered reading or on the news, some you may have heard from your parents or grandparents.

It is an adjective used for ideas, images, representations and expressions. It is characterized by the perfect conformity to fact or truth and I remember always hearing this on the local news.

It is a noun that is described as a prolonged laughter. Like that infectious seemingly unending laughter from that one friend in every group.

It is characterized by resonance or resonating. It’s likened to a sound or energy that is deep and full and can be felt by the other person. You might have heard this as a lyric to a Bisaya song.

It is an adjective describing a surge of emotion, or of excitement. It’s english synonyms are sensational and thrilling. I don’t know if there’s a connection, but it reminds me of the common Cebuano word “kulba” meaning fear or nervousness which is also some kind of surge of emotion.

It is a pleasant sweet olfactory property. It means a pleasant smell in layman’s term. “Humot” may have replaced it or it’s a different word on another level if that makes sense.

It is characterized as a slight noise, like the noise of silk clothing or leaves blowing in the wind. You may have heard this word in radio dramas way back when it was the hype of entertainment in provinces.

It is a feeling of deep longing. This longing may refer to romantic feelings or a simple craving. This might also be can be heard in a song or a Balak Bisaya.

It is a cooling breeze from the sea. This one is being used more commonly than the others. You can hear them from older folks and even some younger ones. Maybe because there’s still no Cebuano word that can replace it.

It is an action word that means being depressed or deject and cast down. Being downhearted caused by loneliness or other things that can cause the lowering of your spirit. This is definitely being replaced by “naguol” or its English terms but sagmuyo feels like a little deeper than naguol.

It is an adjective which means an adult. A period of time in your life after believed to be your full development or state of maturity.

To be able to successfully write this article, I had to consult with my mother on these words and how to use them. I was a bit shocked really as she is familiar with all of them, kudos to my mom. Maybe there is still hope to these deep and beautiful old words, they might not be forgotten entirely if we appreciate them more.