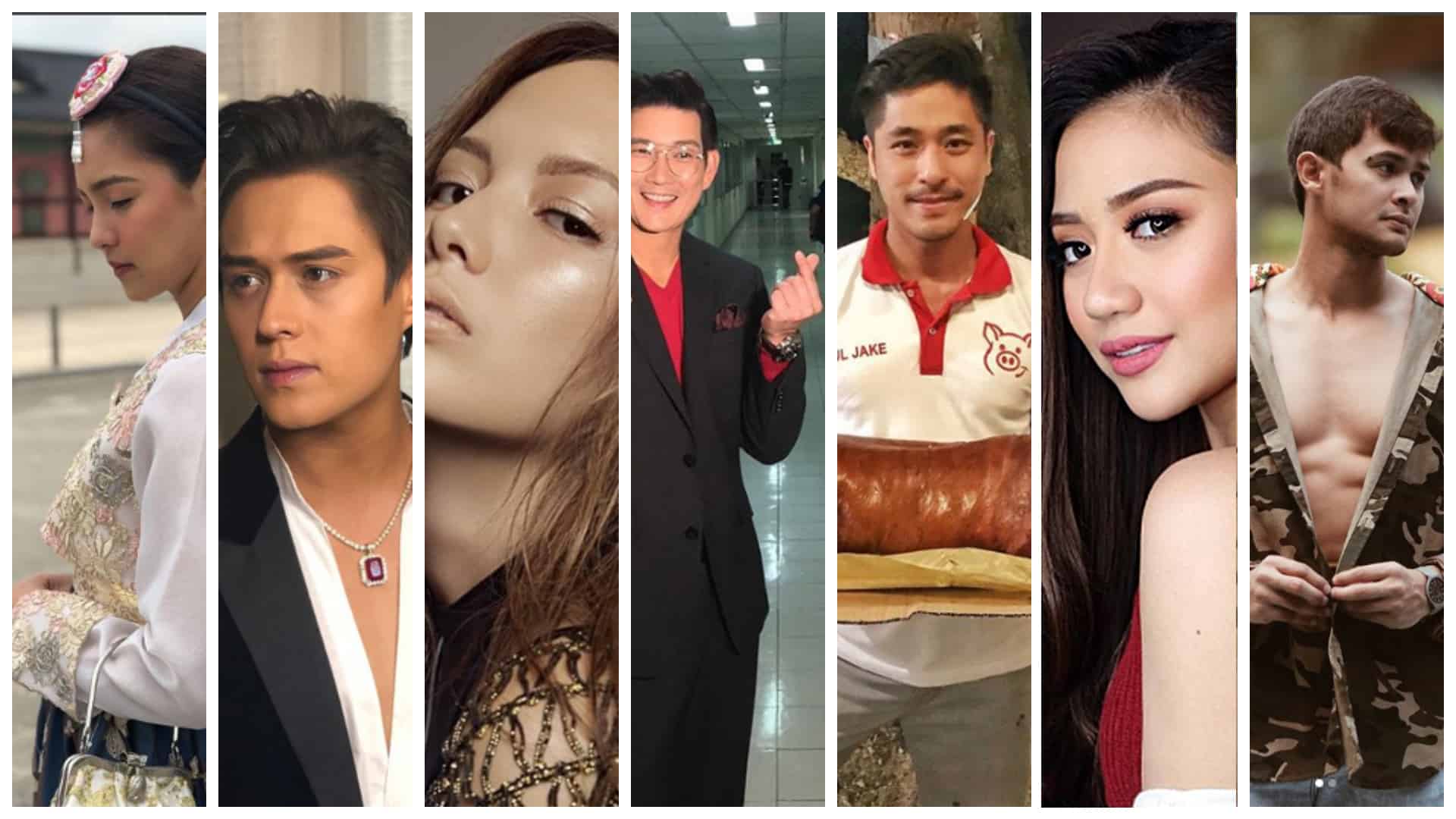 A lot of you probably know by now already that famous celebrities Kim Chiu, Matteo Guidicelli, and Ellen Adarna have Cebuano blood running through their veins. But, do you know that many other TV, movie, music stars, and even international designers are also Cebuano descent?

If not, you just reached the right page – here are the 13 famous personalities that have the Cebuano blood.

Kimberly Sue Yap Chiu (born April 19, 1990), commonly known as Kim Chiu, is a Chinese Filipino actress, singer and television host in the Philippines. @chinitaprincess became famous after winning in the first edition of Pinoy Big Brother. She first starred in the television series, Sana Maulit Muli (2007) which won her the year’s Most Promising Female Star at GMMSF.

Gianmatteo Vittorio Fernan Guidicelli was born in Cebu City. Before entering the show business, Matteo was known as a racer. Matteo is also known for being a triathlete.

He is one of three children of Gianluca Guidicelli, an Italian, and Glenna Fernan, a Filipino. His grandfather is the late Senator and Chief Justice Marcelo Fernan.

Ellen Meriam Go Adarna (born April 2, 1988) is a Filipino actress. Ellen became famous because of her exercise videos but even before that, Adarna was already known in the online world through her photos share via the (then) social networking site, Friendster.

The only daughter of a Filipina-Chinese mother and Spanish father. Ellen is the eldest child. Her family owns various hotels, resorts, condominiums and Queensland, a chain of motels in Cebu, Manila and Davao.

Isabel is the youngest of seven children of Filipino father of Chinese descent and a Filipina mother of Spanish descent.

Enrique was born on March 30, 1992 in Cebu City. He is the second son of Enrique Amadeo Gil III and Barbara Anne Bacay. … He has an elder brother named Enrique Javier (Javy) and a younger sister named Diandra Frances (Andie). His parents used to work as flight attendants for Philippine Airlines.

He appeared in various films and television shows such as Mula Sa Puso, Budoy, Muling Buksan Ang Puso and She’s the One, but he is best known for his role as Alexander “Xander” Grande III in the television series Forevermore in 2014–15, alongside Liza Soberano.

Richard Edison Uy Yap (born May 18, 1967) is a Chinese Filipino actor, model and businessman, best known for his role as “Papa Chen” in My Binondo Girl and in the television drama Be Careful With My Heart as Richard “Sir Chief” Lim.

Born and raised in Cebu, Richard used to be a full-time businessman before he entered show business. He also runs two restos – Wangfu and Luna J – with some business partners.

Monique Lhuillier (born September 15, 1971 in Cebu City, Philippines) is a Filipino-American fashion designer and creative director known for her bridal, ready-to-wear and lifestyle brand. Internationally recognized as one of America’s foremost designers, she launched her eponymous brand in 1996 and has since established fashion houses in Los Angeles, California, where she primarily works and lives.

Monique Lhuillier was born to Michel J. Lhuillier and Amparito Llamas and raised in Cebu City in a house with one sister and two brothers. Her father was born in Vietnam when the country was a French colony. He is a jeweler, estate buyer and a diplomat while her mother is a former model.

Shaina Garcia Magdayao (born November 6, 1989), is a Filipino actress, dancer, singer and model. She is currently under ABS-CBN Management and a member of Star Magic. Known as ABS-CBN’s Kapamilya Gold Queen for her successful starring roles that have aired on Kapamilya Gold afternoon block.

Shaina, whose parents are from Cebu, started her career as a child actress. She was known for her roles as Rina in the drama Marinella and Alyna. She is the youngest sister of singer and actress Vina Morales.

Known for being feisty and her thick Visayan accent, Annabelle Rama is the mother of celebrities Ruffa, Richard, and Raymond, and wife of former matinee idol Eddie Gutierrez. A member of the famous Rama clan of Cebu, Annabelle ran for Congress in the 2013 elections but lost.

She is among the top talent managers in the entertainment industry, and was recently seen in the reality show It Takes Gutz To Be A Gutierrez with her family.

Kenneth Cobonpue is a Filipino industrial designer known for his unique designs integrating natural materials through innovative handmade production processes. He began his design career after his studies in Industrial Design in New York, which led him to apprenticeships and further studies in Italy and Germany.

Kenneth Cobonpue’s works have been featured in design shows in Paris and New York. A graduate of Pratt Institute, Kenneth has received various awards, such as the grand prize at the Singapore International Design Competition and the Design for Asia Award of Hongkong. Kenneth’s pieces have also been bought by famous personalities, such as Hollywood actor Brad Pitt.

Patricia Janine Dusaran Berdin is not only a child actress but is also a singer. Janine, a Cebuana actress and singer who won as the season 2 champion at Tawag ng Tanghalan of the noon-time television show It’s Showtime. Prior to that, she joined Star Circle Quest Search for the Next Kiddie Superstars.

Janine began her career in December 2010 when she auditioned for ABS-CBN’s Star Circle Quest for the Next Kiddie Superstar, She was the lone Cebuana who made it to the top 10 semifinalists among more than 6,000 kids who auditioned.

After the contest Janine was handed to Star Magic, ABS-CBN’s talent pool. She first appeared in 3 episodes of the Mutya (TV series) where she played as School Bully. Then later in an episode of Maalaala mo kaya (TV series) – Tungkod (2011).

Johanne Morissette Daug Amon (born June 2, 1996), better known by her stage name, Morissette, is a Filipina singer and occasional actress. She first rose to prominence when she finished runner-up on TV5’s Star Factor at the age of 14. In 2012, Amon made her professional stage debut in the Repertory Philippines production of Disney’s Camp Rock. She competed in the first season of ABS-CBN’s The Voice of the Philippines in 2013, where she became part of Sarah Geronimo ‘s team.

Born and raised in Cebu City, Amon became a recording artist of Star Music in early 2014 and released her first album. A self-titled album called Morissette, in March 2015. She is now known as “Asia’s Phoenix”.

Morissette was awarded as the New Female Recording Artist of the Year by the 7th PMPC Star Awards for Music in November 2015 for her album, Morissette. She bagged the Female Artist of the Year on M.O.R. Pinoy Music Awards in August 2016. She had her first major solo concert, which sold out, at the Music Museum on 13 August 2016.

All photos were taken from the Instagram accounts of the personalities aforementioned.